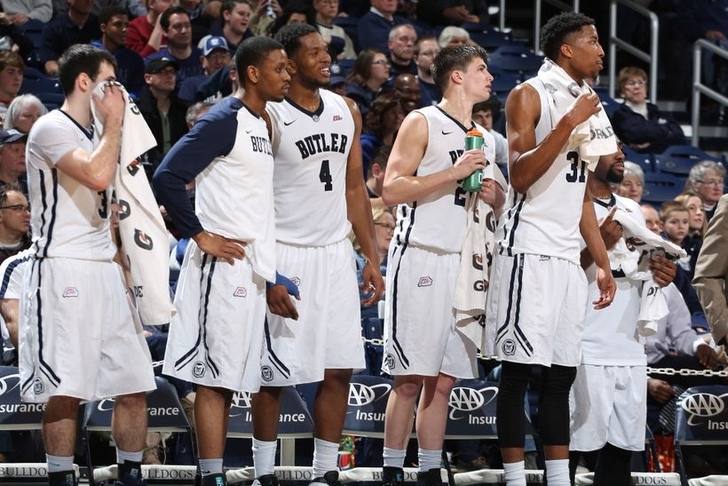 The Butler Bulldogs missed last year's NCAA Tournament, but a strong showing in the new Big East has them firmly in the field.

Dunham has taken over their reigns form Gordon Hayward as Butler's best player, and his long-range shooting ability makes him a threat to score every time he touches the ball. He has expanded his game to where he's now a threat off the dribble as well, making him a very dangerous offensive player.

Dunham is a big part of Butler's gameplan, but everyone on their roster can shoot the ball from deep. They shoot 36 percent from long range as a team are are among the nation's leaders in three-pointers made.

Butler's focus on shooting leads to a guard-heavy offense, and as a result they don't have the size necessary to protect the rim effectively. They average less than three blocks per game, ranking them just 231st in the country.

Butler can shoot their way into a long tournament run, but they can also shoot themselves out of it in the first round. They might win their first round matchup - just don't expect another Cinderella Final Four run.