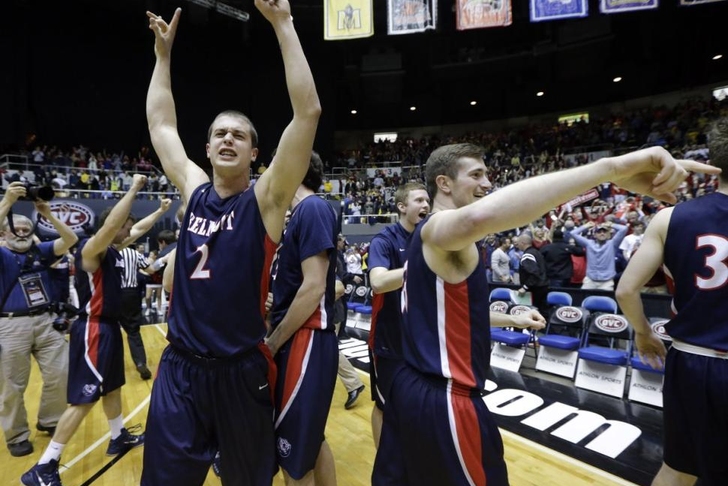 The Belmont Bruins were the first team to punch their ticket to the NCAA Tournament, upsetting Murray State in the Ohio Valley Conference Tournament title game. This is Belmont's fourth trip to the tourney in the past five years, but they're still looking for their first victory in school history in the Big Dance.

Bradds is Belmont's most efficient player, shooting nearly 70 percent from the field and 42 percent from three-point range. Even though he's listed as a guard, Bradds is really effective in the post and is good at creating high-percentage shots for himself around the basket, providing balance to the Bruins' perimeter-oriented attack.

Three of Belmont's starters shoot over 40 percent from three-point range, and they bring even more shooters off the bench. Their four-guard lineup creates a lot of spacing and driving lanes, but because the Bruins aren't very athletic, they like to kick the ball out to open shooters. Most of their offense is concentrated around the three-point line, and they really hurt teams with their long-range shooting.

The downside of playing a four-guard lineup is having a lack of size on your roster. Belmont ranks just 224th in the country in rebounding, averaging just over 33 boards per game. Their three-point shooting can make up some ground, but a physical team can dominate them inside.

Belmont has all of the ingredients (experience, guard play, and three-point shooting) to pull a first-round upset. However, they won't win more than one game because of their lack of size.