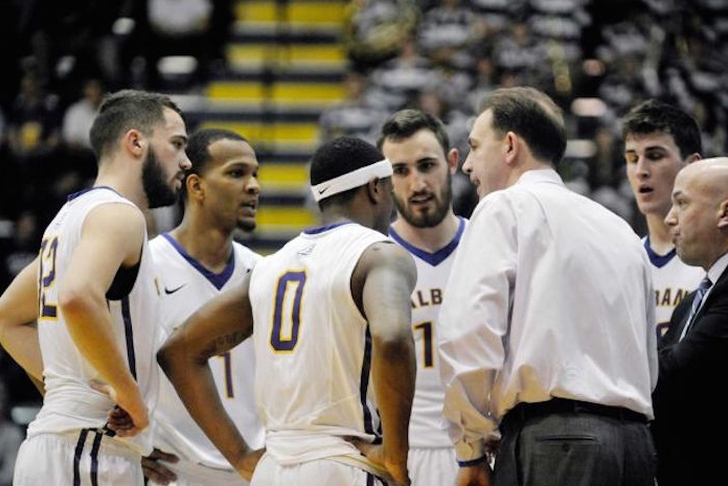 The Albany Great Danes are in the NCAA Tournament for the third consecutive year after winning the America East championship, but are looking to advance past the Round of 64 for the first time in school history. Rowley leads Albany's balance offensive attack, but his work on the glass is where he's most effective. At just 6'6" and 230 pounds, Rowley is the Great Danes' most dominant rebounder, grabbing nearly eight per game.

Albany has an experienced team that knows how to play together, and that shows on the defensive end. They hold opponents to just 60.2 points per game because their athleticism allows them to switch on the perimeter, cutting off driving lanes and forcing long, contested jump shots.

Albany is one of the taller small conference teams, but they're one of the worst teams in the entire country when it comes to shot-blocking. Their 1.6 blocks per game rank them 343rd out of 350 teams in all of Division I, meaning opponents can attack the basket without much worry about someone affecting their shot.

Albany's lack of playmaking on defense will hurt them against the good teams they'll face in the NCAA Tournament, and their below-average offense won't be able to do enough to make up for it. The Great Danes have had a good run, but it won't continue in the Big Dance.