2015 Big Ten Recruiting: The Top 5 Classes As Of Today 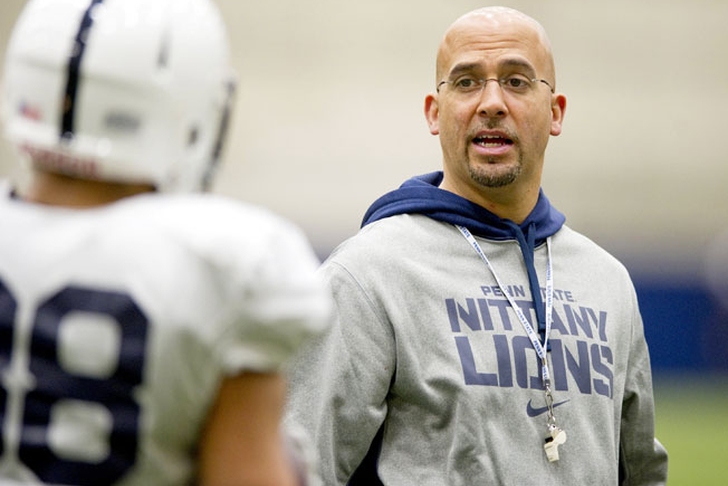 We're two weeks away from National Signing Day on February 4, and the Big 10 recruiting picture is starting to come into focus. Ohio State obviously has the most momentum after their national championship, but several other schools are also making serious moves on the recruiting trail - let's take a look at the five best incoming classes, as of 1/21:

Note: star ratings are according to 247 Sports and may not be consistent across other recruiting services.

Maryland ended up with a very solid recruiting class in 2014, and they're building on that with a good, if unspectacular group that's improved steadily over the past few months.

RB Jordan Stevenson (South Oak Cliff, Dallas, TX) is the only 4-Star according to 247, but TE Kyle Penniston (Mater Dei, Santa Ana, CA) and OT Kevin Estes (San Marcos, San Marcos, CA) are both 4-Stars according to other recruiting services.

Make no mistake, this is a blue-collar group, but the Badgers are bringing in enough talent here that they'll find some diamonds in the rough. Landing talent from the recruiting hotbeds of Texas and California is an extremely encouraging sign for the Badgers.

4-Star RB Larry Scott is the star of this show, and the Spartans stole him out of enemy territory - the #6 RB in the Class of 2015 according to 247 Sports, Scott hails from Hubbard, Ohio.

4-Star DT Raequan Williams (Gordon Tech, Chicago, IL) is also one to keep an eye on, and 3-Star QB Brian Lewerke (Pinnacle, Phoenix, AZ) would have been a much higher-rated prospect if he had been from Texas instead of Arizona. The Spartans have their eye on a few other prospects as well, and they could see a few more commitments before all is said and done.

At first, it looked like James Franklin's recruiting momentum had to die off eventually...but he just keeps producing results. The Lions are addressing their biggest area of need with three four-star offensive linemen (including JuCo transfer Paris Palmer, who has already enrolled in classes), and 4-Star RB Saquon Barkley (Whitehall HS, Whitehall, PA) will also be a player to watch.

No surprises here - the Buckeyes are the team in the B1G driver's seat. Ohio State has the #2 linebacker in the nation coming in 5-Star Justin Hilliard, and multi-talented athletes Jerome Baker (an outside linebacker at the college level) and Torrance Gibson (a QB eventually, but physical and talented enough to contribute elsewhere) give this class a tremendous amount of upside. Also keep an eye on RB Mike Weber and early-enrollee Jashon Cornell, a bruising DE.