2014 Heisman Power Rankings: Who Makes A Statement On Championship Weekend? 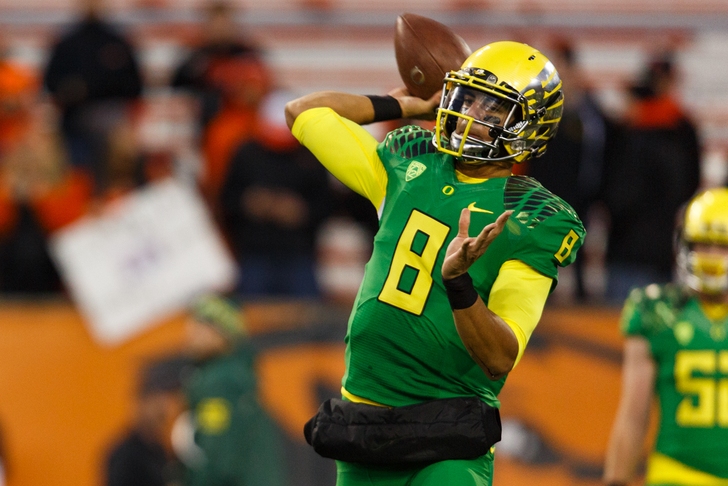 We've reached the final weekend college football's regular season, meaning there's one last chance for Heisman trophy candidates to make a statement to voters in their conference championship games (unless you're in the Big 12).

That leaves only four players who have a legitimate chance to win the award. How do they stand going into championship weekend?

Up Next: Sat. vs. Iowa State

Boykin is barely holding on to his Heisman hopes, and is still a contender because TCU keeps winning. He'll probably still get an invite to New York and be a finalist, but his chances of winning are extremely small. Boykin needs an absolutely monster performance against Iowa State and have the players ahead of him lose in order for him to win the award.

Up Next: Sat. vs. Missouri in SEC Championship

Cooper is a bonafide stud, and had his best performance of the season against a good Auburn defense. He's been the best player on the field in every game he's played this season, but his position will likely hold him back in the eyes of Heisman voters. That being said, if he puts up over 200 yards and a couple touchdowns against Missouri, he'll make the race very interesting. Up Next: Sat. vs. Ohio State in Big Ten Championshiop

Gordon lept to the forefront of the Heisman conversation with his record-breaking rushing performance against Nebraska, but has been unable to overtake Mariota at the top of the race. That will change if he has a big game against a good Ohio State defense and leads the Badgers to a upset victory on Saturday.

Up Next: Fri. vs. Arizona in Pac-12 Championship

The Heisman is Mariota's to lose right now. He's had a stranglehold on the award since the middle of the season, and now has a chance to avenge Oregon's lone loss this season. As long as the Ducks pull out the victory, Mariota should be holding the trophy in New York.