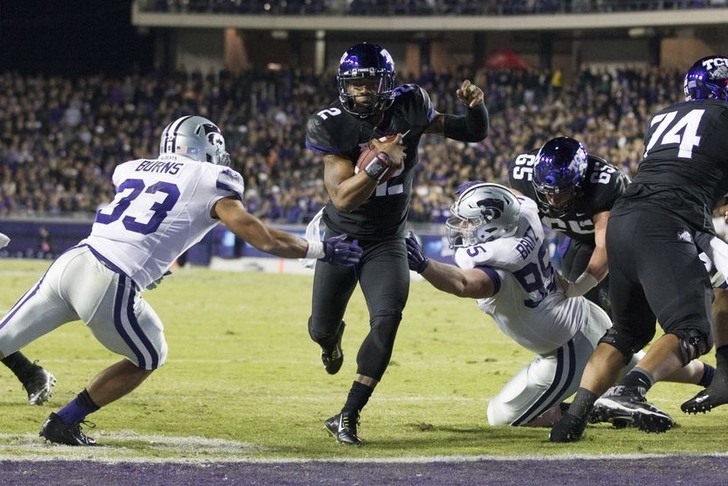 The Heisman had become a two-horse race between Oregon's Marcus Mariota and Mississippi State's Dak Prescott, but TCU's Trevone Boykin has added his name to that elite list at the top.

He led the Horned Frogs to a dominating win over Kansas State and has them ranked No. 4 in the country. With just a few weeks left on the schedule, who else can elevate themselves and join Boykin, Mariota, and Prescott at the top of the list? Up Next: Sat. at Wisconsin

Abdullah hurt his knee in the Cornhuskers win over Purdue two weeks ago, but he's expected to be on the field against the Badgers on Saturday. Abdullah has a chance to greatly improve his Heisman stock if he outperforms Wisconsin's Melvin Gordon, another candidate.

Petty played his way back into Heisman relevancy with a dominating performance against a good Oklahoma team. He only threw for one touchdown, but he was the biggest reason why the Bears were able to move the ball up and down the field. With only three games left, Petty is going to have to put up some really impressive numbers to become a serious candidate. Up Next: Sat. vs. Florida State

Miami got an extra week to prepare for Florida State, and they used it to try and find more ways to get Duke Johnson the ball. He'll immediately become a Heisman favorite if he can lead the 'Canes past the Seminoles. Up Next: Sat. at Minnesota

Barrett was phenomenal in his toughest test to date, shredding one of the country's best defenses on the road. He's brought Ohio State back into the College Football Playoff picture, but only has one big game left to really make a statement to Heisman voters in the Big 10 title game. Barrett's performance threw him into the mix, but he needs to prove he can do it again against a good team before he becomes a more serious candidate. 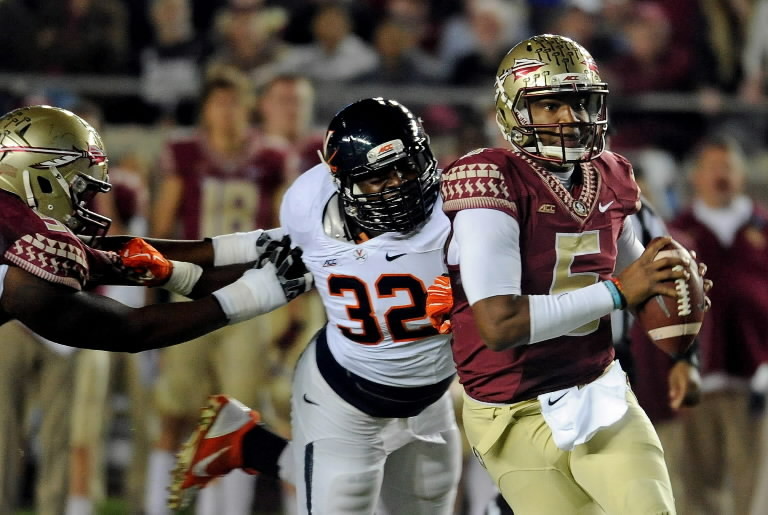 Up Next: Sat. at Miami

Winston's turnovers are becoming an issue, but he's still come up big when his team has needed it. Florida State hasn't lost a game with Winston under center, and that continues to elevate his Heisman status. As long as the Seminoles keep winning, Winston will stay in the Heisman hunt.

Up Next: Sat. vs Mississippi State

Cooper looked human for the first time all season against the Tigers with a few uncharacteristic drops, but he still looked like the best player on the field. However, he needs to produce gaudy numbers to win the Heisman as a receiver, and he has another chance to do so against Mississippi State's dominant defense. Up Next: Sat. vs. Nebraska

Gordon has become a Heisman contender with outstanding performances against bad teams, but he has a chance to prove himself this week against Nebraska. The Badgers heavily rely on Gordon's play, so he'll get plenty of chances to prove himself Saturday.

Up Next: Sat. at Kansas

Boykin played like a man possessed against the Wildcats and dominated the game from start to finish, putting himself in serious Heisman contention in the process. No one had much against Kansas State's defense prior to last weekend, and Boykin passed that test with flying colors. TCU doesn't have another big game on their schedule, so Boykin is going to have to have more huge statistical performances to move up the rankings.

Up Next: Sat. at Alabama

Prescott played well in limited time against UT-Martin, but he's clearly the No. 2 guy in the Heisman race right now. He has a chance to overtake Marcus Mariota again with a good performance and a victory over Alabama, and if he does that, I think he'll hold on to that top spot for the rest of the season. 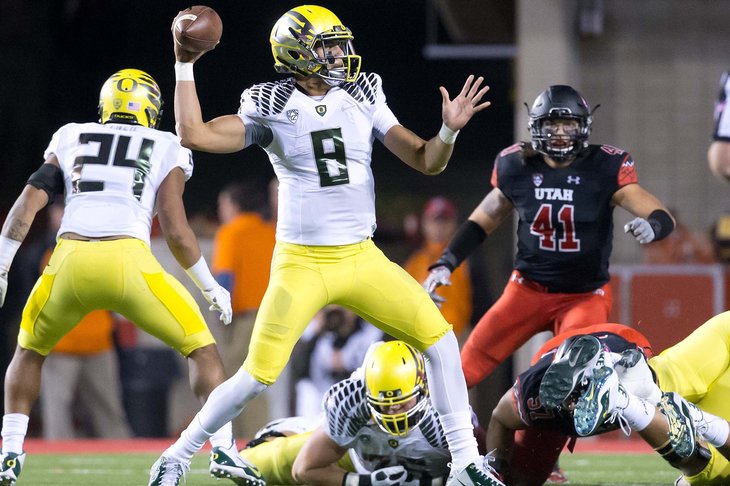 Mariota looked like the best player in the country against Utah, as he was able to do whatever he wanted to against the Utes' defense. The Ducks have two games left against bad Colorado and Oregon State teams before the Pac-12 Championship Game, which will be his last chance to really make a statement. Mariota's in first because of his consistently great play, but if Prescott comes out and performs against the Crimson Tide, he's going to need to have another big game against a good team to win the Heisman.