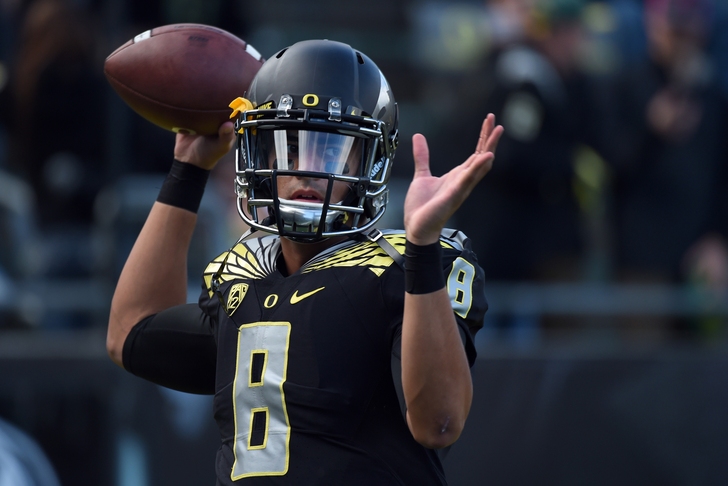 Marcus Mariota has staked his claim as the best player in college football this season, and all he's done is expand the gap between him and his competitors.

He led Oregon to a huge blowout victory over Stanford, but his biggest task will be keeping the Ducks from falling victim to the typical November upset we've come to expect from them.

If Oregon does lose, Mariota will almost certainly fall from the top spot. Who are the challengers that could take his place?

Up Next: Sat. vs. Ohio State

Cook finds himself in the Heisman race simply because everyone else ahead of him as dropped off. He's led Michigan State to the No. 8 spot nationally, and has a chance to really put himself in Heisman contention with a big game in the Spartans' biggest game left on the schedule.

Johnson has thrown himself into the Heisman talk thanks to having five straight 100 rushing yard performances. He's come alive during Miami's three-game winning streak, gaining 690 total yards in that span. It's a little late for Johnson to truly compete for the Heisman, but he's giving Jameis Winston a run for ACC Player of the Year. 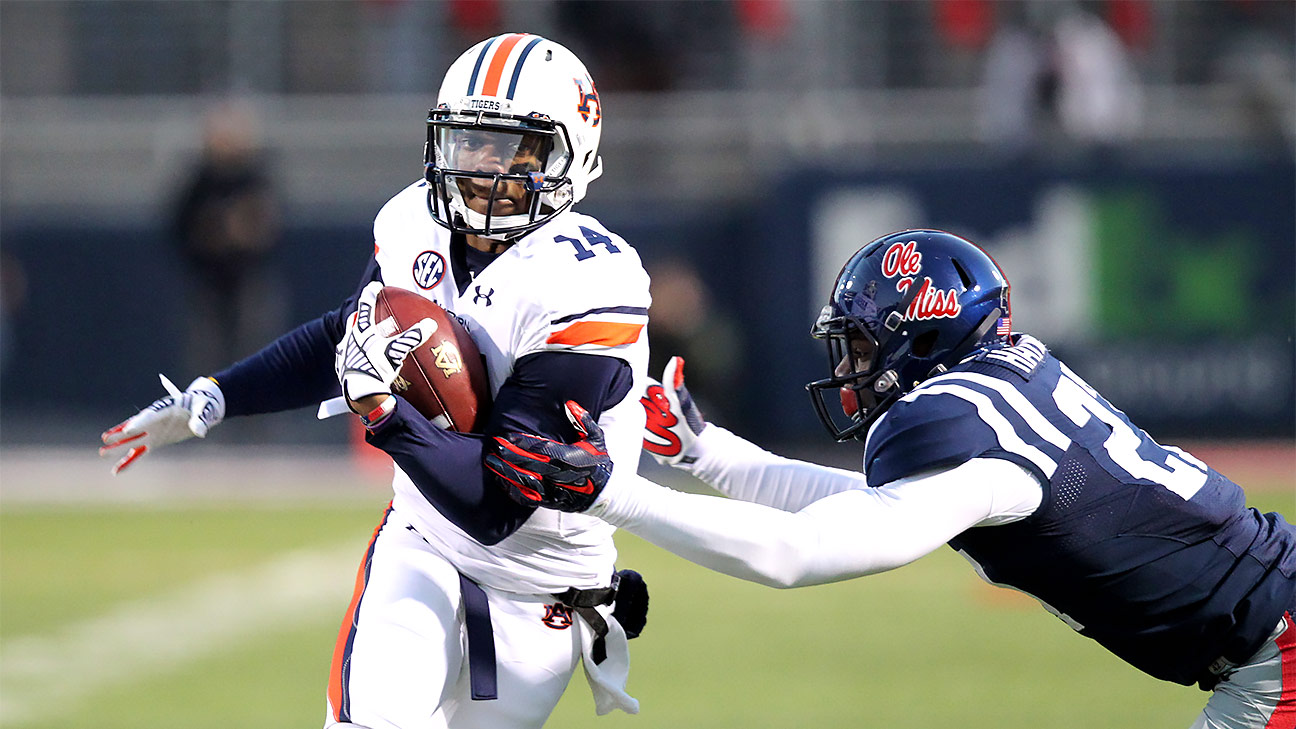 Marshall is the most dangerous dual-threat quarterback in the country, and he's led Auburn to a No. 3 national ranking. He hasn't had a singular dominating performance this year, but he's been consistently good in every game the Tigers have played. Marshall still has the potential to jump up the rankings with huge performances in Auburn's remaining big games. Up Next: Sat. vs. Virginia

Winston had a terrible start against Louisville as the Seminoles got down BIG early, but he made up for it and led his team all the way back. The interceptions are alarming, but his ability to find ways to win games is unmatched by anyone in the country.

Up Next: Sat. at Arizona State

Golson had a huge game against Navy after the Irish suffered their first loss of the year against Florida State, but he won't move up our list until he has another great game against a good team. Golson has a chance to do just that against Arizona State this weekend. 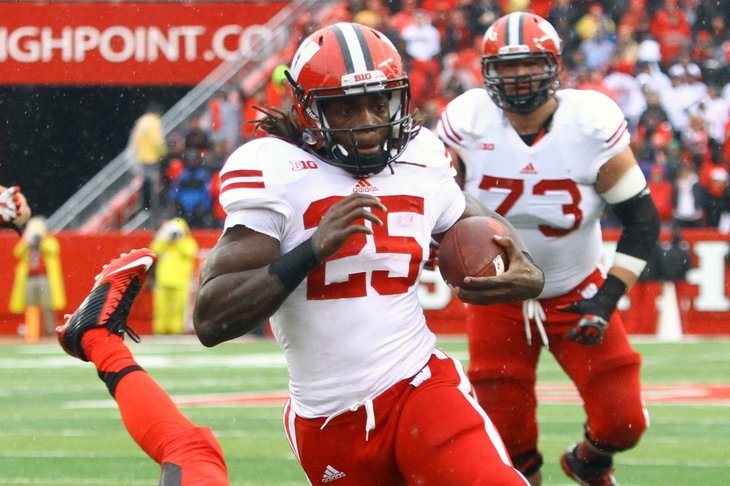 Up Next: Sat. at Purdue

Gordon had another outstanding game against lesser competition, and he's stayed in the Heisman conversation because of those amazing numbers. He needs to keep that up against Purdue to stay in our top-5.

Up Next: Sat. vs Kansas State

Despite a terrible performance against West Virginia, Boykin doesn't lose any ground in our power rankings because he and the Horned Frogs found a way to get it done when it mattered. Every top team has a game like this, and it won't become problem until it turns into two. Boykin needs to have a good performance against Kansas State to keep his Heisman stock alive. 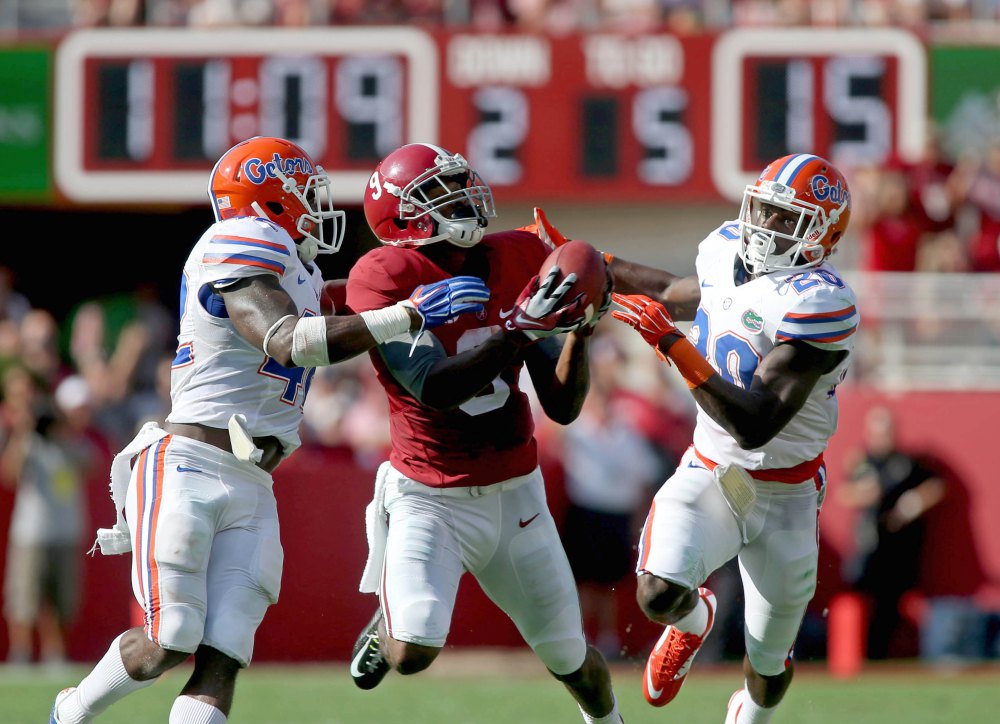 Up Next: Sat. at LSU

Cooper and Alabama sat on the sidelines last weekend to prepare for a rivalry matchup with LSU in Death Valley. Les Miles and LSU's defense have centered their defensive gameplan around Cooper, so another great performance would really go a long way in keeping him alive for winning the Heisman. Up Next: Sat. vs. UT-Martin

Prescott has seen his Heisman star dim over the past few weeks with a pair of unspectacular performances in a row, but he's still playing well and leading the top team in the country. Mississippi State has an incredibly easy game against Tennessee-Martin this week, so look for Prescott to put up big numbers in limited playing time.

Up Next: Sat. at Utah

Oregon finally beat their kryptonite (Stanford) thanks to Mariota's play. He did throw his second pick of the season, but he absolutely dominated one of the best defenses in the country. He looks like the best player in the country - by far - and will try and prove that to Heisman voters again against a good Utah team.