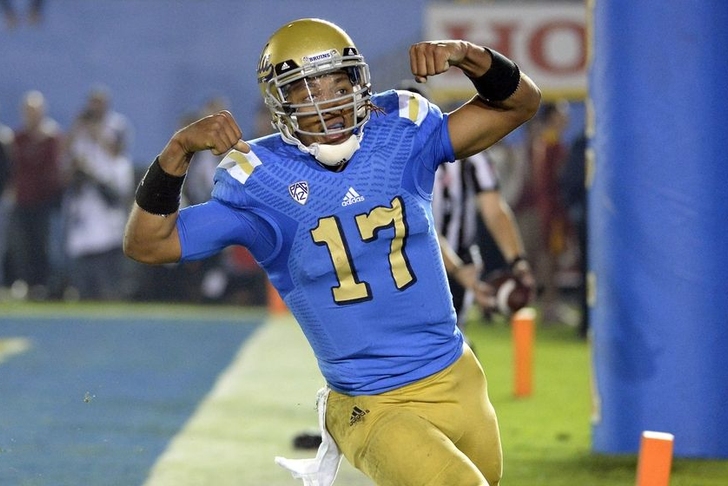 Just when we thought we knew how the Heisman race was going to turn out, everything changed. First, Wisconsin RB Melvin Gordon's record-setting performance through him to the forefront of the discussion, and now UCLA QB Brett Hundley is threatening to do the same.

He led the Bruins to a big win over USC this past weekend, and will have his team playing in the Pac-12 Championship Game if they can beat Stanford this weekend.

Where does Hundley fit in our Heisman Power Rankings, and how does his rise shape the rest of the race?

Up Next: Sat. vs. Purdue

Indiana is only 3-8 on the season, but Coleman has proven that he's one of the best running backs in the country. He's set to pass 2,000 yards this weekend, which is a huge accomplishment and deserves a mention, but Coleman won't win the Heisman because of the team he plays for.

Up Next: Sat. vs. Florida

Jameis Winston and Florida State continue to pull out narrow victories over lesser teams, but Winston hasn't looked like the player than won the Heisman last year. He's still in the running because he's led his team to (another) undefeated season so far, but he won't win the award for the second time unless he drastically improves his play. Nothing will throw you into the Heisman conversation quite like breaking an NCAA record. Just one week after Wisconsin's Melvin Gordon broke former TCU RB LaDainian Tomlinson's record with 408 rushing yards against Nebraska, Perine broke that with 427 yards against Kansas. The freshman (yeah, he's a true freshman!) has cemented himself as the Sooners' top runner in their three-back rotation, and should be a Heisman candidate for the next two seasons. Up Next: Sat. vs. Auburn

Cooper left the game against Western Carolina in the first half with a knee injury, and didn't return to the game even though head coach Nick Saban said he could have. All signs point to Cooper being his usual self against Auburn, but he now has very little chance of winning the Heisman. He was already at a disadvantage because of the position he plays, and he needed to put up eye-popping numbers to truly contend. Cooper can still do that against Auburn and then in the SEC Championship Game, but it likely won't be enough. Up Next: Sat. at Ole Miss

Prescott played well in limited time against Vanderbilt as the Bulldogs got back to their winning ways. He has a big stage to make one last Heisman statement against Ole Miss on Saturday, but he may have fallen too far behind in the race to have any chance of winning the award.

Up Next: Fri. vs. Stanford

Hundley threw a pick-six on his first pass of the night against USC, but responded with one of the best games of the season in a huge primetime win. His stock is rising (along with UCLA's), and he still has a chance to jump to the top of the Heisman race should the Bruins make the Pac-12 Championship Game and upset Oregon. Hundley just needs to continue to play well, and he has a shot to be this year's late-charging dark horse. Up Next: Sat. vs. Michigan

Barrett did not have a great game against Indiana, but he rebounded from a sloppy start and led his team to a come-from-behind victory. He's still in good position to win the award if he plays well and leads the Buckeyes to the College Football Playoff, but for that to happen, some of the players (and teams) ahead of him need to lose.

Up Next: Thurs. at Texas

Boykin stays in the third spot because his team didn't play, but he desperately needs to have a big game at Texas to keep his Heisman hopes alive. His stock is falling after a terrible performance against Kansas, while his competitors continue to play well. If he can't things back on track, look for him to fall completely out of the Heisman picture. 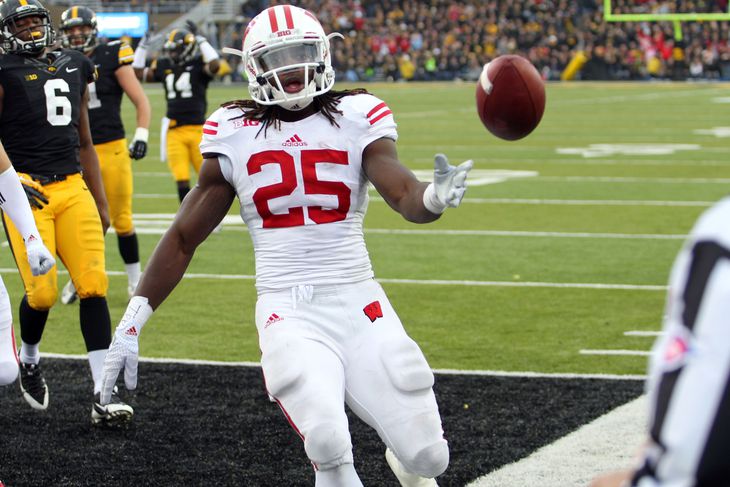 Up Next: Sat. vs. Minnesota

Gordon saw his NCAA record for single-game rushing yards get broken after he held it for just a week, but he continued to help his Heisman candidacy with another huge performance. He's on track to put up the best statistical season any running back has had since Barry Sanders' 1988 campaign. Gordon is still behind Mariota in the minds of most voters, but if he can lead Wisconsin to a Big Ten title, he'll have a very real shot at winning no matter what Mariota does the rest of the way. Up Next: Sat. at Oregon State

Mariota put up another flawless performance against Colorado this past weekend to keep a firm hold on the top spot in the Heisman race. He has one more big game left in the Pac-12 Championship to add to his already impressive resume. This race is his to lose, and if he can carry Oregon to the College Football Playoff, he should win the award.