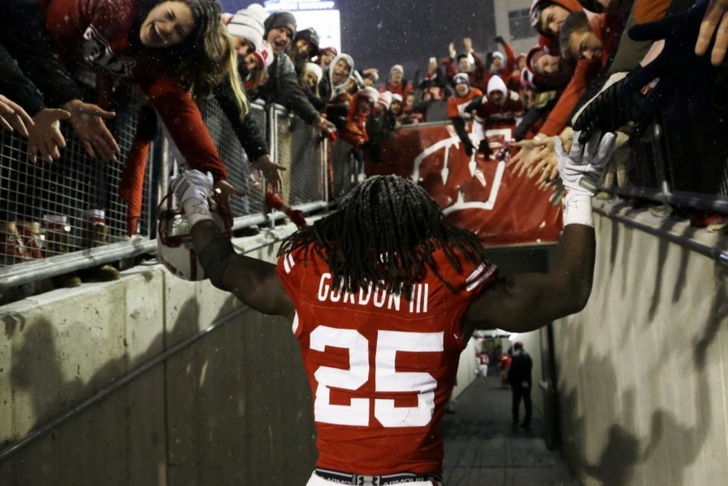 Before last weekend, many people were conceding the Heisman trophy to Oregon QB Marcus Mariota - but nothing can change minds like a new NCAA record.

The Wisconsin running back threw himself into serious contention with his record 408 yards and four touchdowns against Nebraska. Was it enough for Gordon to take over the top spot in our Power Rankings?

Up Next: Sat. vs. Oklahoma State

Baylor and Petty had a bye week to rest up for their final three games of the season, which they hope will propel them into the playoff. Petty doesn't have a chance to win this award, but he can become a Heisman finalist if he continues to put up big numbers. Hundley was a Heisman favorite before the season started, but saw his star fade after UCLA lost back-to-back games to Utah and Oregon at the start of October. However, Hundley now has the Bruins back in the top 10 and they have an outside chance at making the College Football Playoff if they can beat USC and then Oregon in the Pac-12 title game. If that happens, he'll have a legitimate chance to win the award.

Up Next: Sat. at Virginia

Johnson looked like he was going to carry the Hurricanes to a huge victory over an undefeated Florida State team, but Miami fell victim to another one of the Seminoles' comebacks. That doesn't diminish what Johnson did against a really good defense, but it does make it harder for him to really compete for the award.

Up Next: Sat. vs. Vanderbilt

Prescott put up solid numbers against Alabama last weekend, but he was clearly overmatched by the Tide's defense. He missed a lot of easy throws and was exposed as a below-average passer, which essentially killed his chances of winning the Heisman. He still has a chance to be a finalist, but he won't win it after that performance. Up Next: Sat. vs. Boston College

Florida State has made a habit of falling behind early before pulling off big second half comebacks, and Winston is a big part of that. He's played sloppy and thrown interceptions in the first half, but he always turns it on and is unstoppable in the second. Leading another undefeated team has Winston on the verge of being a true contender for his second straight Heisman, but he's going to have look unstoppable for the whole game -  not just the second half - to do so. Up Next: Sat. vs. Western Carolina

Cooper always looks like the best player on the field at all times no matter who the Tide are playing, but his position really restricts him in the Heisman race. As good as he is, Cooper needs to get back to putting up eye-popping statistics to move up this list. Up Next: Sat. vs. Indiana

Barrett has emerged in the Heisman race thanks to two huge performances in consecutive weeks, and suddenly college football fans are talking about Braxton Miller transferring. Ohio State has clearly become Barrett's team now, and he's playing as well as anybody in the country not named Melvin Gordon. If he can continue his strong play and lead the Buckeyes to the College Football Playoff, he'll be a real threat to win the award.

Plain and simple, Boykin and TCU were not very good against the Jayhawks last weekend. It dropped the Horned Frogs out of the top four, and Boykin fell back in the Heisman race. With only two games left against Texas and Iowa State, Boykin needs to have two of his best games of the season to win the Heisman. Up Next: Sat. at Iowa

Gordon's Heisman chances have revolved around his ability to put up incredible numbers, which he needed to do with Wisconsin playing mostly weak opposition. So how did he perform against the best defense he's faced all year? He went out and had the single best game any running back has ever had in college football history.

Yeah, that'll put you right at the top of the Heisman mix. However, voters want to see him have another productive game against a top team - which won't come until the Big Ten title game. Until then, he'll have to sit behind Mariota unless Oregon falters. 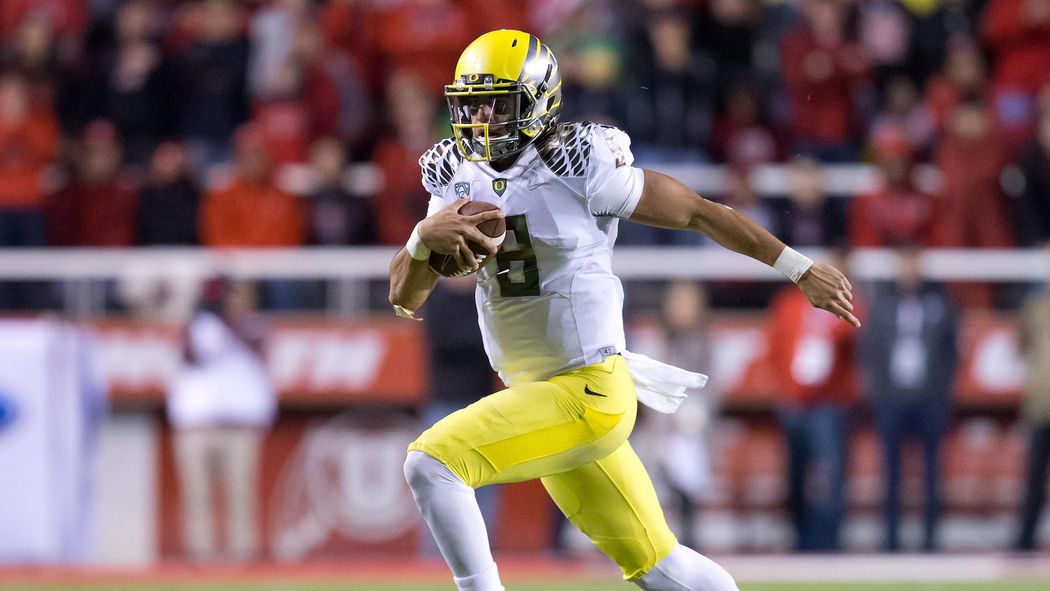 Up Next: Sat. vs. Colorado

Mariota actually has competition in the Heisman race now, and it will be interesting to see how he performs against Colorado. Like Gordon, Mariota won't play another good team until the conference championship game, so that could be the weekend which ultimately determines who wins the award.