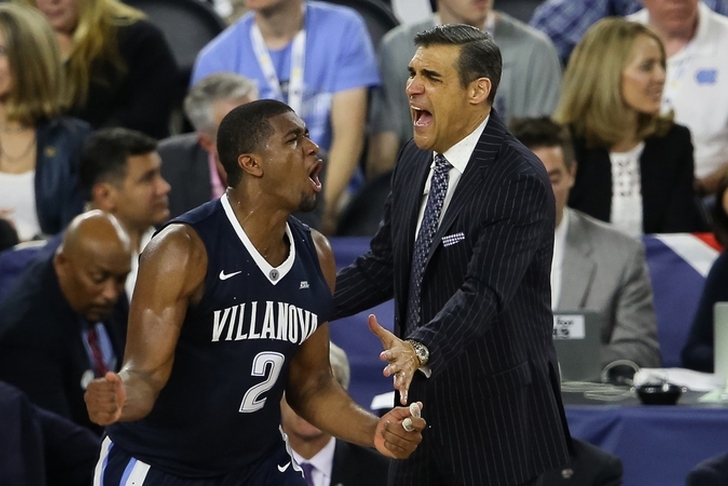 The 2016 NCAA Tournament Championship Game went down to the wire. The No. 2 seeded Villanova Wildcats led by 10 with less than five minutes to play, but the No. 1 seeded North Carolina Tar Heels cut the lead down to one point with one minutes to play.

UNC tied the game with four seconds left, but Villanova hit this buzzer to win the game 77-74 in incredible fashion. Kris Jenkins hit the game-winner.

North Carolina started the game hot, especially from beyond the arc. UNC led 39-34 at the half, and the normally poor-shooting Tar Heels hit 7 of 9 3-pointers. Joel Berry in particular was great in the first half, racking up 15 points. But the second half belonged to Villanova.

Phil Booth didn't start for Villanova, but had the game of his life. He was 6 of 7 from the field and put up 20 points, a season-high. Ryan Arcidiacono put up 16 points on 6 of 9 shooting. Kris Jenkins had 14 and Daniel Ochefu had 9 points and seven rebounds, despite looking tired throughout the game. Josh Hart had 12 points and eight rebounds.

It is Villanova's first national title since 1985 and one of the best National Title games in recent memory.