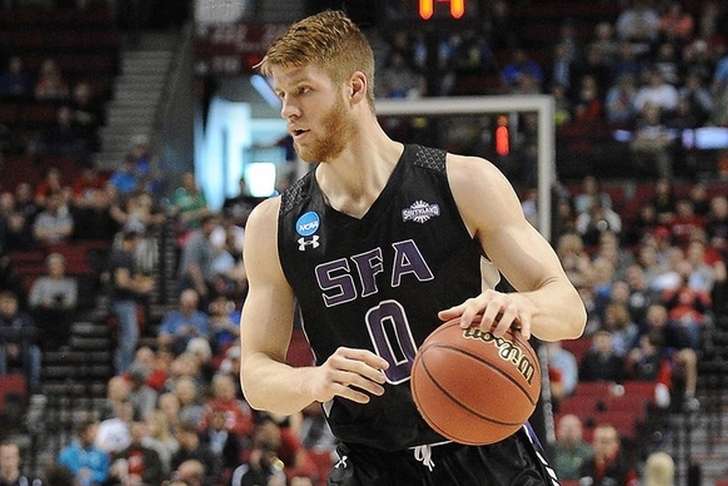 The West Virginia Mountaineers came into the tournament hoping to make their first Final Four since 2010, but they instead became the latest victim of the upset bug, falling to Stephen F. Austin 70-56. This is the 21st time a 14-seed

Senior guard Thomas Walkup (33 points, nine rebounds) led an outstanding, gritty effort for the Lumberjacks, who held West Virginia to just 30.8 percent shooting from the field. They also forced West Virginia to turn the ball over a season-high 22 times, compares to just the seven turnovers they committed.

WVU controlled the game early with a 20-11 lead, but Stephen F. Austin came all the way back and led 31-28 at the half. The difference remained they same through the first 10 minutes of the second half, then the Lumberjacks reeled off a 16-6 run to take a commanding 62-49 lead.

After Walkup, SFA's next highest-scorer was Clide Geffrard Jr., who had 11 points.

West Virginia was led by forward Devin Williams, who had 12 points and 16 rebounds.

Stephen F. Austin now advances to the second round and will face the winner of (6) Notre Dame vs. (11) Michigan on Sunday night.