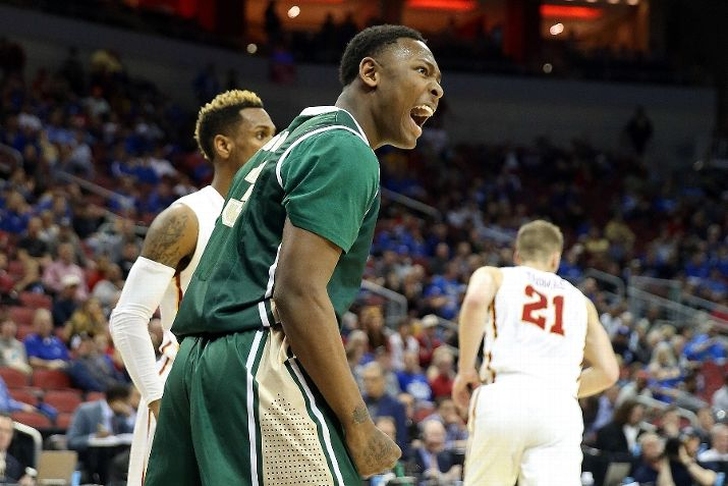 Iowa State leaped out to an early double-digit lead in this game, but UAB fought back to take 31-28 halftime lead. Neither team was ever able to really gain control in the second half, but the Blazers' Ronald Brown hit a three with 50.6 seconds lefts to give UAB a late 56-55 lead.

Monte Morris went down the court and converted an easy layup to give the Cyclones back the lead, but William Lee grabbed it right back for the Blazers with a midrange jumper with just over 20 seconds to play.

UAB then stopped Georges Niang, and two free throws from Lee extended their lead to 60-57. Iowa State tapped in a missed three-pointer with 0.4 seconds left, but there wasn't enough time for them to make up the difference as UAB pulled out the victory.

UAB Player of the Game:

Ronald Brown had the biggest impact on this game for the Blazers, scoring 21 points and draining three shots from long-range. Freshman William Lee also gets a mention for all of the clutch plays he made down the stretch. He finished with 14 points and 12 rebounds.

The Blazers now advance to face the winner of the SMU/UCLA game on Saturday in the Round of 32.