The 12 Best College Football Coaches In 2015 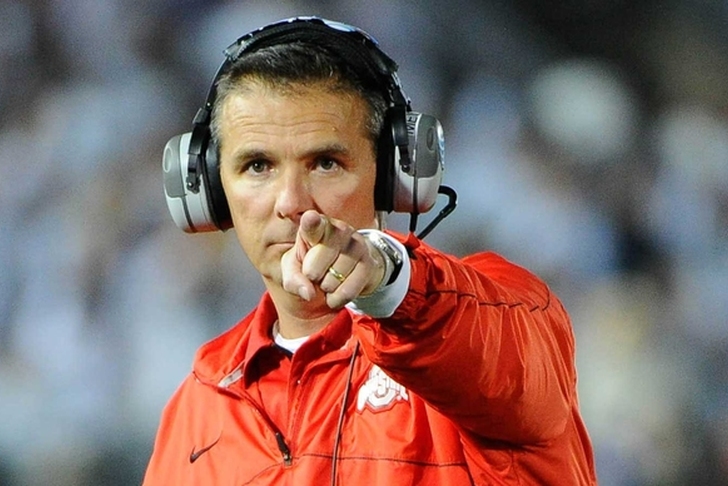 It takes a lot to be a good college football coach. The recruiting is never-ending. Once a team gets to eight wins, fans expect 10. A team full of 18 to 22-year olds has a tendency to, well, act like college kids. Juggling all those demands isn't easy, but ask any coach and they'll say they wouldn't trade their job for another one in the world. Except for a better paying gig at a higher-profile school. Based on past and future experience, here are the 12 best college football coaches in 2015.

If Baylor doesn't already have plans to build a statue near the football stadium for Briles, they better start planning now. Recent issues aside, Briles has turned Baylor into one of the better teams in Texas. That statement was absurd less than a decade ago. But now, Baylor has back-to-back 11 win seasons and a legitimate chance to win a national championship. The only question is if Briles can sustain that success. It'll be a challenge.

Much like Briles at Baylor, Patterson has turned TCU into a consistent winner. TCU has won three conference titles in the past five years and are the favorites to win the Big 12 this season. Patterson has won nearly 75 percent of his games at TCU and he shouldn't be slowing down anytime soon.

Richt has gone 136-48 in his 15 seasons at Georgia. If he were at Vanderbilt or Kentucky, they'd be handing him a lifetime contract and raising funds to build a statue. Instead, more is expected of him. Georgia has a tendency to come up just a bit short each season, but Richt has the Bulldogs in position to contend in the SEC almost every year. That's no small task. For those that think Richt should be fired, think of this: If Georgia was to can him, how long would Richt have to wait for another job offer? I'd put the over/under at 30 minutes.

Last year wasn't great for the "Mad Hatter," as LSU put together a disappointing 8-5 season. Still, Miles has averaged a 10-3 record during his 10 seasons at LSU. He's a great recruiter and always competes in the SEC. Neither of those is a small task. While LSU is still searching for a QB, it's future under Miles is a bright one.

Winning at Kansas State is not easy. Just ask everyone not named Bill Snyder. Since World War II ended, no coach left with a winning record except Snyder. The coach before him went 2-30-1. Then along came Snyder and he actually won a Big 12 title. He retired in 2005 and the coach after him went 17-20. Snyder came back and won another Big 12 title. The stadium is already named after him, as it should be. Snyder will likely retire again soon, but what he's done at Kansas State is one of the most impressive coaching jobs in recent college football history.

Stoops wins consistently at Oklahoma. He's much like Richt, in the sense that he wins every season, but fans want more. A great recruiter, Stoops will have Oklahoma back competing for Big 12 championships shortly. He's just too good not to.

Harbaugh hasn't coached college football since his days at Stanford, but he would have made this list if he was still there. Sure, he's a bit eccentric, but he's still one of the best coaches. He needs to do some rebuilding at Michigan, but he'll have the Wolverines back to winning quickly.

Malzahn is an offensive genius. There might not be a better offensive-minded head coach in college football. Now that Auburn has added defensive coordinator Will Muschamp to the fold, lookout. Auburn might just win the SEC, meaning they'll have the inside track to winning the College Football Playoff.

Dantonio might be the most underrated coach on this list. He's a brilliant coach, motivator and constantly seems to get the most out of his team. Michigan State has won at least 11 games in four of the last five seasons and that trend won't change as long as Dantonio is there.

Replacing a legend is not easy. Fisher has just made it seem that way. Don't forget that Fisher replaced Bobby Bowden, one of the greatest coaches of all-time. In the five years he's been in charge, FSU has won at least nine games, plus a national title. Fisher also happens to be a wonderful recruiter, meaning FSU should be in a good position for years to come.

There isn't a right or wrong option between these two. Saban and Meyer are by far the two best coaches in college football. Both are great recruiters, motivators and schemers. Saban is the school's longest-tenured coach since Bear Bryant for a reason. Meyer has lost three games in three years at Ohio State and already has one national title. Both coaches are set up for long-term success.