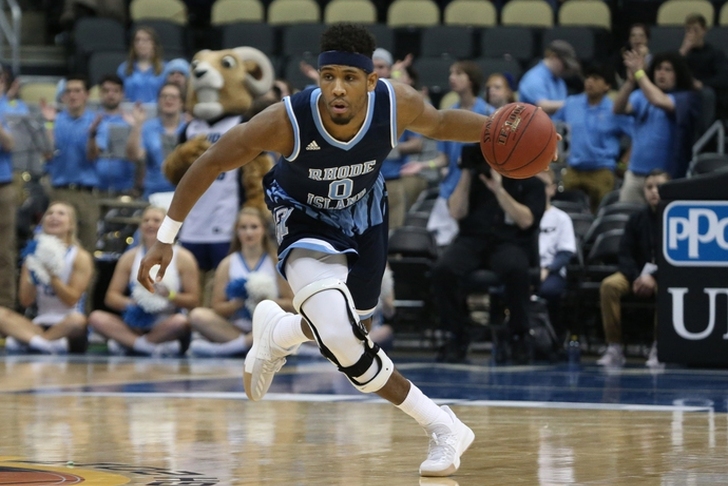 Rhode Island is in the NCAA Tournament for the first time since 1999, and the Rams are taking advantage of the opportunity. They held the lead for all 40 minutes on their way to a 84-72 upset win over the Creighton Blue Jays.

The Rams gained control of the game with a 20-10 run at the end of the first half that carried over into the start of the second, giving them a 41-30 lead. That lead grew to as many as 16 points and Creighton never really threatened a comeback, as they were not able to cut the deficit to anything less than six.

It was a balanced scoring effort for Rhode Island as all five starters scored in double figures, led by Jeff Dowtin's 23 points. Their defense was the difference in this one, holding Creighton to just 39.1 percent shooting, including only 27.3 percent from three-point range.

Marcus Foster and Ronnie Harrell Jr. each scored 15 points for the Blue Jays, who also got 10 points from Khyri Thomas. Star freshman center Justin Patton was limited to just eight points and six rebounds before fouling out.

Rhode Island advances to play Oregon in the second round on Sunday in Sacramento, CA. The starting time for the game has yet to be announced.