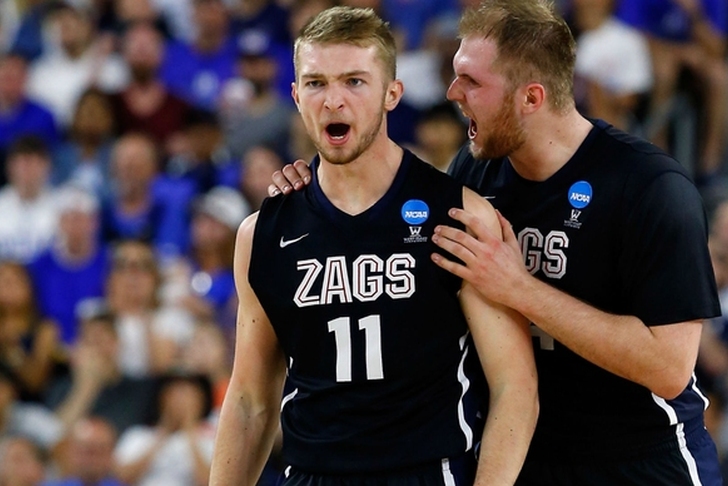 The Gonzaga Bulldogs led the Seton Hall Pirates by 10 at the half and by as many as 15 in the second half. The No. 11 seeded Zags were chasing the upset of No. 6 seeded Seton Hall and managed to hold on for a 68-52 win Thursday. It was a season-low in points for the Pirates.

Gonzaga turned the ball over 19 times, but found a way to hold on for the win. Free throws killed Seton Hall. The Pirates were just 8 of 21 from the line.

Kyle Wiltjer struggled from the field, hitting just 5 of 14 shots. He had 13 points and seven rebounds. Domantas Sabonis led the way with 21 points and 16 boards.

Derrick Gordon was one of the top scorers for the Pirates, with 10 points. He was 4 of 10 from the field. Isaiah Whitehead had 10 points and eight assists, but was just 4 of 24 from the field. He was a woeful 0 of 10 from beyond the arc, matching the NCAA Tournament record. He looked exhausted during the game, needing to get oxygen several times.

Gonzaga advances to the Round of 32. The Zags will play the Utah Utes, who beat Fresno State earlier Thursday.