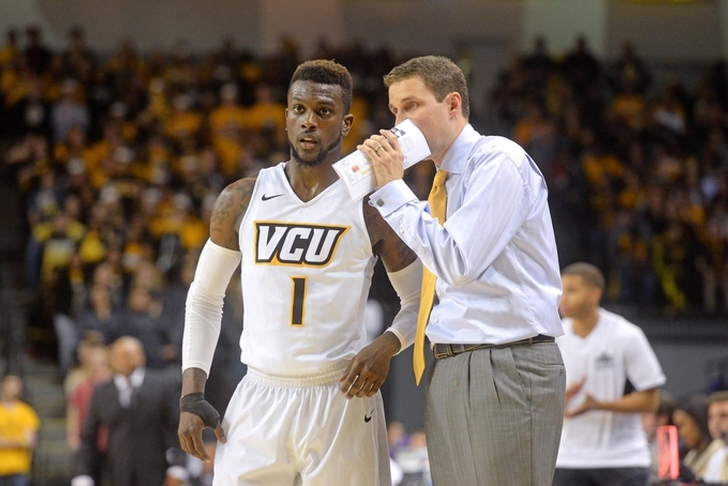 VCU led for a vast majority of this game, but they had to hold off a late rally from Oregon State to win 75-67.

The Rams got control of the game with a 19-8 run to close the first half, creating some distance between themselves and the Beavers with a 36-28 advantage at the break. That lead hit double digits multiple times at the start of the second, but then Oregon State reeled off a stunning 15-2 run in the span of three minutes to take a 51-49 lead.

Oregon State had that lead for all of a minute and half, as VCU wasted no time responding with a 13-4 run of their own to regain a comfortable lead. The Beavers were able to cut the lead to six in the final minute, but free throws sealed the game for VCU.

VCU's big advantage came on the glass, outrebounding the Beavers 40-28 - including nine offensive rebounds. Guard JeQuan Lewis was the best player on the court all afternoon, scoring 21 points to go along with seven rebounds and eight assists. Forward Mo Alie-Cox also had an excellent performance with 20 points and seven rebounds.

Gary Payton II led Oregon State as he has all season, putting up 19 points with six rebounds, four steals, and four assists.

VCU now advances to the second round where they will face the winner of (2) Oklahoma vs. (15) CSU-Bakersfield on Sunday afternoon.