The 10 Highest Paid Coaches In College Football This Season 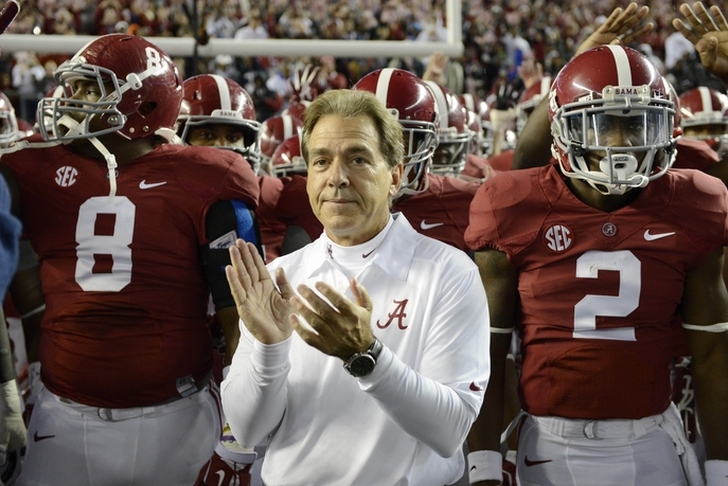 College football, the NCAA says, isn't about money. However, college coaches make a TON of money. The vast majority of these coaches are their university's highest-paid employee, making more than the school's president. With that in mind, here are The 10 Highest Paid Coaches In College Football This Season: Freeze took over an Ole Miss team that went 2-10 the year before. The Rebels won seven games in his first year and have improved by one win each year. This season was capped off by an impressive win in the Sugar Bowl. Freeze is worth every penny. The Tigers tried to fire Miles, but public opinion swayed the LSU athletic department. While we could very well go through the whole ordeal again in a few season, Miles will continue to cash in on his contract. In his 11 years at LSU, Miles has won at least eight games every year and has a 77.8 winning percentage.

Franklin has posted 7-6 records in both of his seasons at Penn State. He turned Vanderbilt into a nine-win team, so there's plenty of reason to expect he'll have Penn State back to their winning ways soon enough. He signed a six-year deal in 2014.

Sumlin is under contract through the 2019 season and is 36-16 in four seasons with the Aggies, including bowl victories in every year except this one. The Aggies were as high as No. 9 in the polls this season, but struggled down the stretch. Strong was hired in 2014 to replace Mack Brown. Before taking over at Texas, Strong went 37-15 in four years at Louisville. In his last two seasons, Strong posted a 23-3 record. Strong has gone just 11-15 in two seasons at Texas, as he's in the process of rebuilding the program. Strong's contract is for five seasons, but it might not last if he doesn't get things turned around next year.

Replacing a legend is not easy; Fisher has just made it seem that way. Fisher replaced Bobby Bowden, one of the greatest coaches of all-time. In the five years he's been in charge, FSU has won at least nine games, plus a national title. Fisher also happens to be a wonderful recruiter, meaning FSU should be in a great position for years to come.

Stoops has been the head man at Oklahoma since 1999, going 179-46 in his time with the Sooners and is the most prolific coach in the Big 12 right now. He has six years left on his contract. The Sooners went to the College Football Playoff this season and they'll be among the favorites again next year.

Meyer has a real argument as the best coach in college football after leading the Buckeyes to a national title last season. What he's done in Columbus has been simply amazing. He's lost just one conference game in the regular season, posting a 50-4 overall record in four seasons at Ohio State. The Buckeyes will be among the favorites to make the playoff again next year. Harbaugh is a bit eccentric, but he's also one of the best coaches in the sport. He's quickly rebuilt Michigan, leading them to a 10-3 record after the Wolverines went 5-7 the previous year. If the Wolverines continue trending this direction, he'll be well worth the money.

In Saban’s nine years in Tuscaloosa, Alabama has won 10 games or more eight times. Alabama has not dropped more than one game in SEC play since 2010. Plus there's the matter of those three National Championships in a four-year span. He's lost 12 games in eight seasons after the 2007 season. He's the unquestioned top coach right now, and will be for as long as he wants to coach. He might add yet another national title to his resume if Bama can beat Clemson in the College Football Playoff Championship game.