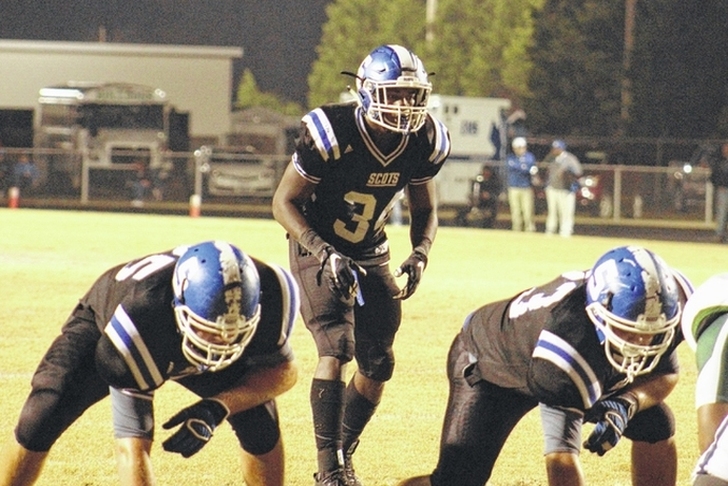 The 2018 recruiting class is taking center stage with the 2017 class now in the books, and it's a class that's loaded at the running back position. Five of the top 10 RB prospects have already committed, but none of them have completely shut down their recruitment - and the ones that haven't committed are still considering many different programs. Here are the 10 highest-rated running backs in the 2018 class and the schools they are considering:

10) Harold Joiner
Joiner is the biggest back on this list at 6-foot-3 and 220 lbs., and the Birmingham, AL native appears to be a shoo-in to stay in-state and sign with Auburn. No one else is really competing with the Tigers right now.

9) Dameon Pierce
The first of our five commits, Pierce gave a verbal pledge to Alabama in July and hasn't backed off. That said, he is still listening to other schools, and Georgia has become the biggest threat to steal him from the Tide.

8) Fabian Franklin
Franklin is taking his time with his recruitment despite receiving interest from a bunch of top programs. He is on record saying that he "loves" LSU and they are the favorite to eventually land him, but the Tigers haven't offered him a scholarship yet. However, the Hattiesburg, MS native does have offers from Alabama, Georgia, Michigan, Mississippi State, Ole Miss and Tennessee.

7) Brian Snead
Snead committed to Ohio State in July after attending a camp there last summer, and he has remained firm on that commitment. That said, in-state powers Florida and Florida State are still trying to flip him.

6) Jaelen Gill
Gill is the No. 2 player in the state of Ohio and is leaning strongly towards the Buckeyes right now, but Michigan, Michigan State, Notre Dame and Tennessee are also very much in consideration. At 6-foot-1 and 185 lbs., he is ranked as the No. 3 all-purpose back in the country.

5) T.J. Pledger
The 5-foot-9, 190-pounder's recruitment is as wide open as anyones. Pledger is playing his senior year at IMG Academy, and USC appears to be the favorite right now, though Michigan, Notre Dame, Arizona State, Oklahoma and Nebraska are all in the mix as well. He's the No. 2 all-purpose back and No. 29 overall prospect in the country.

4) Ricky Slade
The top all-purpose back in the country committed to Penn State last Friday after receiving a visit from James Franklin and then going on campus to attend Junior Day. He appears locked into taking over for Saquon Barkley in 2018, though Ohio State is still pursuing him hard.

3) James Cook
Cook is the younger brother of former Florida State star Dalvin Cook, and as such, he has already committed to the Seminoles. He gave that pledge in March of 2016, and with his family ties to the school, it's hard to imagine him ending up anywhere else.

2) Lorenzo Lingard
Lingard committed to Miami yesterday after making an unofficial visit on Wednesday, and the Canes will be doing everything they can to keep him as he is their top priority in this class. Florida State and Ohio State appear to be the biggest threats to Miami.

1) Zamir White
The Laurinburg, NC native is considering North Carolina, Clemson, South Carolina, Georgia and Ohio State, among others. The defending national champions appear to be in the lead given their success and need at the position, but there is a very real possibility of him choosing to stay in state and play for the Tar Heels.