10 Signs You're Obsessed with Football 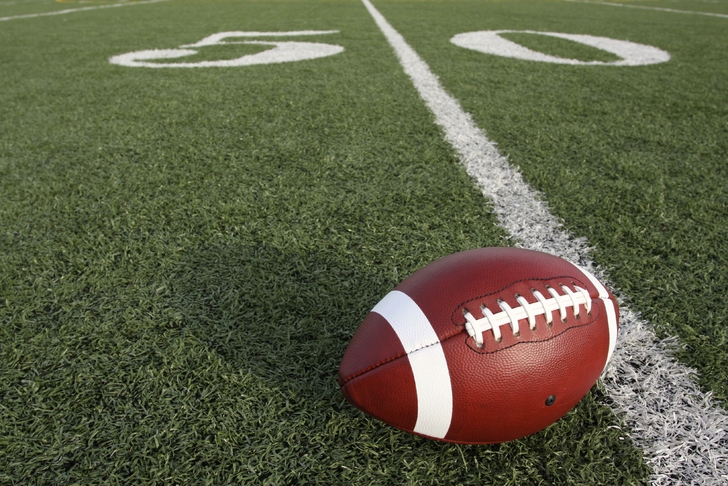 1. never stop thinking about something: to occupy somebody's thoughts constantly and exclusively.

2. be preoccupied: to think or worry about something constantly and compulsively.

There's your average football fan, and then there are those who take their love for the sport to a whole new level. Everyone tells them they're too invested in the game, but of course, they're in denial. If you clicked on this article, it's quite possible you (or someone you know) has experienced football obsession, and that's okay - there are plenty of worse vices out there.

Here are 10 signs you're obsessed with football:

1. No other sport really matters to you (that much).

When someone asks you what your top three favorite sports are you respond with:

...not necessarily in that order. You're aware that other sports exist, and you might even like them...but they just don't stack up.

The only vacations you take are to watch your favorite football teams, and you've planned out a trip to the Super Bowl (or National Championship Game) before the season's even started.

Your phone is filled with sports apps, and you've made sure get notified about every single thing your team does (if you've ever gotten a notification about your team signing a kicker...). Your background image is either a picture of the stadium or a picture of the mascot, and your camera roll is full of pictures of your favorite players or you at the game.

4. You'll do anything to prove you're the biggest fan.

You make drastic, and sometimes even permanent decisions to show your support.

5. You deal with the offseason by re-living old memories.

During the offseason (the worst time of year), you watch your library of recorded games or hundreds of highlight videos on YouTube to get your fix.

Thanksgiving is for Turkey and football - your family can talk to you during halftime.

7. Free-Agency news is more important to you than sports that are actually in season.

You're constantly watching TV and checking your Twitter to find out what deals are being made. You haven't made a shrine to Adam Schefter yet, but you've at least considered it.

8. Your mood is dictated by whether your team wins or loses.

Your team lost? Everyone better leave you alone for a week... or two. They won? Time to celebrate!

9. Losing in other sports is irrelevant to you.

When you're caught watching other sports - like college basketball - and your team loses, your first reaction is: "I don't care. We beat them in football."

10. You're in multiple fantasy football leagues.

You have a separate league for your friends, your family, people at your office and complete strangers. You also do several mock drafts every day leading up to the day you draft. Not to mention, you are very competitive.

Did you realize you had an addiction after finding yourself guilty of these 10 signs - or at least a few of them? We won't judge - football is definitely something worth obsessing over.

10 Things That'll Get You Excited for March Madness