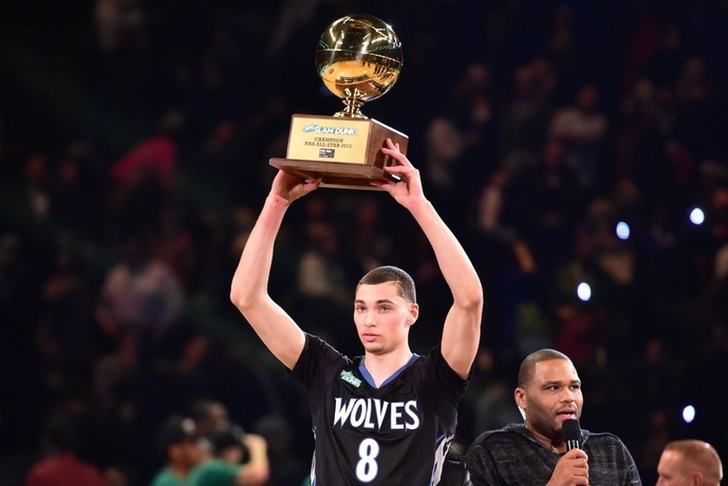 The 2016 NBA Slam Dunk Contest came down to the Orlando Magic's Aaron Gordon and Minnesota Timberwolves' Zach LaVine. In a thrilling finish with seven perfect scores that might go down as the best dunk contest of all-time, LaVine came out on top. He is just the fourth repeat winner of the Dunk Contest in history.

Will Barton started the first round of dunks, getting 44 points from the judges. Andre Drummond struggled, and got just 36 after missing his first dunk. Aaron Gordon had 45 points, but it was LaVine who stole the show with a perfect 50 on his very first try.

Drummond wasn't much better in the second round, getting just 39 points. Barton had a rough go in he second round, with just 30 points. Gordon put up 49 points, with only Shaq's score of 9 denying him a perfect 50. LaVine advanced to the final round along by leaving from the free thrown line on his dunk. Shaq again denied a perfect 50.