Which is the best NBA fantasy app? 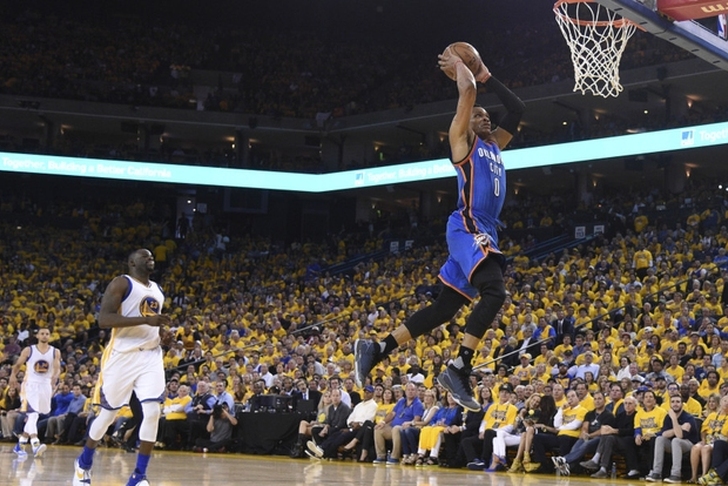 In recent years fantasy sports betting has really taken off in a big way and basketball’s no exception. With the NBA 2016-17 season past the half-way mark people are already seeing great success with their fantasy teams. But even if you’re one of them you may not know all about the best apps that are out there to help you get the best from your team.

Before we go through our top four it’s worth pointing out that, just like picking a fantasy team, using the apps is very much a case of personal preference - and if friends are using the same apps as you so much the better too. So it’s a question of giving these apps a go and seeing if they suit you and your style of play.

Yahoo Fantasy Sports
Many people agree that of all the apps out there this one from Yahoo is probably the best all-rounder – both for the features it boasts and how easy it is to use, right from the draft. As well as letting you put your team together it also gives you access to live player stats it also lets you see who’s trending and being picked most often. The process of adding or dropping players is also very easy to do – important when you’re having to make quick decisions.

NBA In Play
Launched by the NBA in December 2016, NBA In Play allows live streaming of the games as they happen and lets you join a public contest or take part in a private game instead. It’s different from many other in play apps because you just choose one player per quarter and score points for his points, rebounds and assists. Plus there’s a special “turbo boost” feature to help you maximize your points for your chosen player. Once activated it lasts for 48 seconds and exponentially increases your winnings.

Watch ESPN
The more information you have at your fingertips the better your judgement about who should be in your team. One of the best sources of this information comes from the Watch ESPN App. Some elements of it you have to pay for but the free parts include all the news about the league, score updates and rumors that are circulating about players’ form or injuries. It also gives access to a wide range of other news feeds across the ESPN and SEC networks.

Twenty Four
Sometimes it pays to delve a little deeper into the stats behind the stories and the Twenty Four app is the perfect way to do this. By keeping up to date with who’s in form and cross referencing it with who they’ll be taking on each week you can fine tune your team to perfection. The data is presented in all kinds of ways including story-telling graphs. Even more useful, you’ll find that the app lists players in game efficiency too making it even easier to make all those tough selection decisions.