What's Next For Joe Johnson? Here Are 6 Teams That Could Sign The Recently Waived Guard 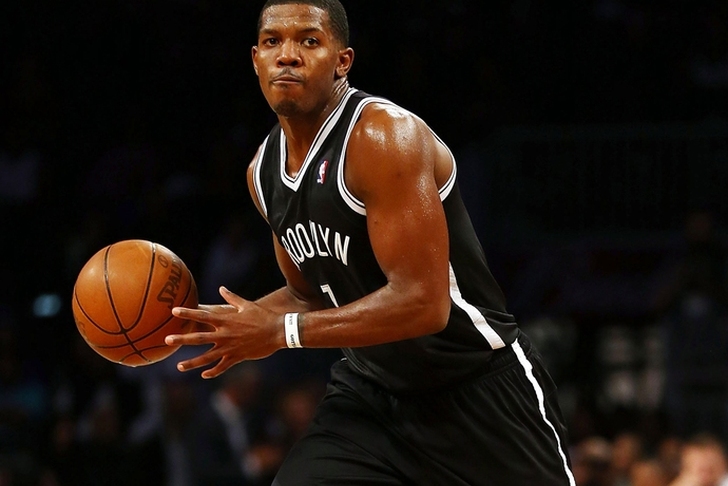 The Brooklyn Nets waived guard Joe Johnson Thursday, ending his time with the team mid-way through his fourth year. It's a buyout for Johnson, who wants to join a contender and chase an NBA Championship. The Nets released Johnson in time for him to be eligible for the playoffs. Johnson will draw plenty of interest from contending teams as he searches for his next landing spot.

Johnson is 34 years old and likely doesn't have many years left in the NBA. Johnson is averaging just 11.8 points per game, his lowest mark since the 2002-03 season. While he's not the player he once was, Johnson can still contribute as a shooting guard and is hitting 37 percent of his 3-pointers this year. He'll likely take the veteran minimum with his new team. Johnson won't clear waiver until Saturday, and can't sign until then. With that in mind, here are 6 Teams That Could Sign Joe Johnson.

Atlanta Hawks
The Hawks are rumored to have interest in bringing back Johnson, who was with the Hawks for seven season before the Nets acquired him. Johnson would fit the team's style of play and the Hawks badly need bench help. The Hawks have a roster spot open for Johnson. However, there are teams with a better title chance that could sign Johnson.

Boston Celtics
This would also be a reunion for Johnson, as the Celtics were the team that originally drafted him all the way back in 2001. The Celtics have a roster spot thanks to the release of David Lee, and Johnson would essentially be a better version of Evan Turner. Working against the Celtics is that there's already not enough minutes to go around and adding Johnson would only complicate that even more.

Cleveland Cavaliers
The Cavs were the early favorites to land Johnson. Going to Cleveland gives Johnson the best shot at making it to the NBA finals. The team has an open roster spot and signing Johnson would give the team the depth it needs at the wing. While Johnson makes a lot of sense for the Cavs, another team is in the mix. For more Cavs coverage, download the Chat Sports Android and iPhone app.

Miami Heat
The Heat are without Beno Udrih and Tyler Johnson at the moment. They need to replace that ball-handling and they've had issues shooting for much of the season. Johnson would be a big help to the Heat and they are interested. There's a report that the Heat, not the Cavs, are actually in the lead for Johnson.

Oklahoma City Thunder
If Johnson leaves the East, the Thunder are the likely destination. He'd be the versatile wing the Thunder have been searching for. The Thunder have an open roster spot and Johnson would be a strong addition, especially in small-ball situations. For more Thunder coverage, download the Chat Sports Android and iPhone app.

Toronto Raptors
The Raptors are intriguing because of the potential to pair Johnson with DeMar DeRozan (and possibly DeMarre Carroll). Adding Johnson would give the Raptors a dangerous wing combo, and the Raptors are interested in Johnson. Unlike every other team on this list, the Raptors don't have a spot at the moment.