What We Learned From Game 6 Of The NBA Finals 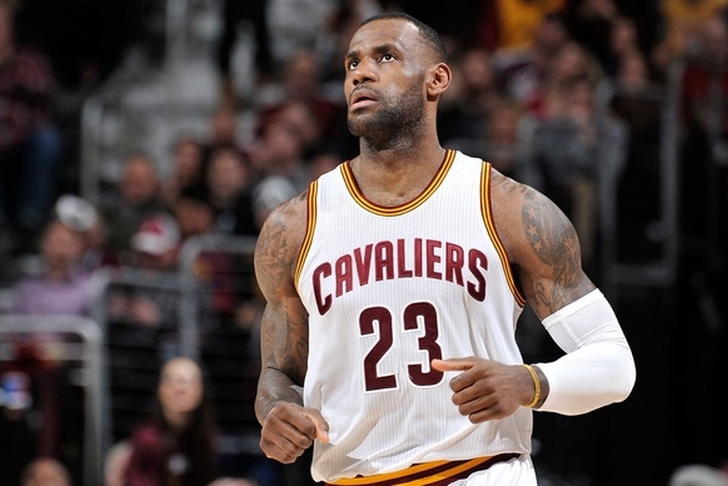 We have a Game 7! The Cleveland Cavaliers came out swinging and built a huge early lead they never relinquished, dominating the Golden State Warriors on their way to a 115-101 win. Momentum has rarely meant anything in this series as all six games have been blowouts, but here are three things we can take away from Game 6 and look for in Game 7:

3) Harrison Barnes will determine if the Warriors win Game 7

Barnes has been in the coldest of shooting slumps over the last two games, going a combined 2-22 from the field with just a total of five points. Cleveland has designed their defense around trying to stop Stephen Curry and Klay Thompson, and Barnes is someone they've chosen to leave open as a result. Through the first four games, Barnes was making the Cavs pay for that decision, averaging nearly 13 points per game on 51.3 percent shooting.

He's going to get plenty of open shots in Game 7, and the Warriors need him to knock them down.

2) What LeBron James is doing is Herculean

LeBron has heavily criticized through the first four games of this series, and he has stepped up in the biggest way possible with back-to-back 41-point games. He put Cleveland's offense entirely on his back in the second half once Golden State started threatening, scoring 18 straight points for them at one point. Golden State's defense has certainly been shaky, but LeBron is taking advantage of lackadaisical rotations and bad transition defense.

However, most importantly, LeBron is making his perimeter jumpers, going 7/14 from three-point range over the last two games. That adds an entirely different dimension to Cleveland's offense, opening the paint and creating a bunch of driving lanes. If he comes anywhere close to replicating his Game 6 performance, LeBron will be carrying a championship back to Cleveland.

Bogut only played a total of 60 minutes in the first five games of the Finals before suffering a season-ending bone bruise, but his impact went far beyond those 60 minutes. He racked up a total of 10 blocks and was a constant deterrent around the rim, making it very difficult every time the Cavs got around the rim. Now, whenever LeBron or Kyrie Irving gets to the rim, the Warriors don't have anyone who can make them change their shot.

Perhaps the biggest impact Bogut's absence had was on Tristan Thompson. He was an absolutely menace down low without any real size to limit him, putting up 15 points and 16 rebounds. He owned the paint, and that's an advantage Cleveland will have again in Game 7.