This Week In The NBA: The Biggest Games & Storylines For The Week Ahead 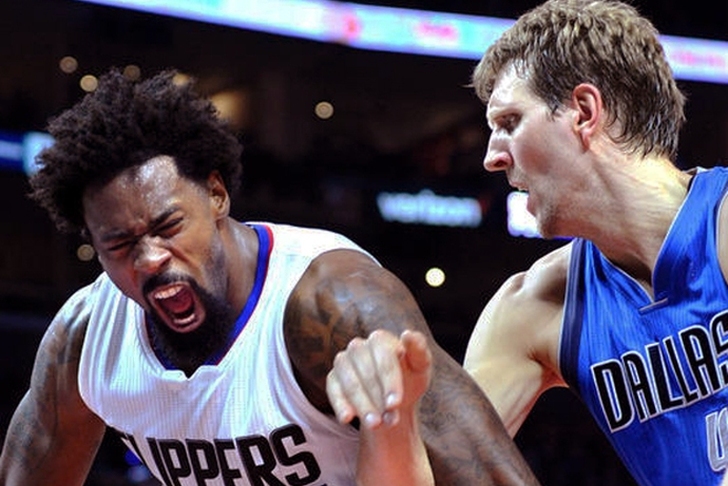 We're already into the third week of the NBA season, but we've already been treated to a good number of intriguing matchups and storylines. Those will only continue this week with several high-profile games on tap, including Los Angeles Clippers' center DeAndre Jordan's first trip to Dallas since he backed out of signing with the Mavs in free agency. Here's everything you need to know for the week ahead in the NBA:

3 Most Important Games From Last Week The Warriors won this battle of bitter rivals and Western Conference contenders, using a 10-point fourth-quarter comeback to get the job done. Even though they loss, this game does show that the Clippers are a very serious threat to win the franchise's first championship this season.

The Knicks led the defending Eastern Conference champs for most of this game despite it being in Cleveland, but fell apart in the fourth-quarter and ultimately fell to the Cavs. New York has shown signs of life this season, and even though they lost, their performance against the best team in the East shows they they have what it takes to make the playoffs.

In a battle of surprise teams in the NBA this year, the Pistons proved they are absolutely for real. Detroit trailed Portland by 13 points entering the fourth quarter, but outscored the Blazers 41-11 in the final frame to take the victory and move to 5-1 on the year. Reggie Jackson scored a career-high 40 points (including 26 in the fourth) to carry the Pistons while center Andre Drummond recorded his fourth 20-20 game of the season with 29 points and 27 rebounds. 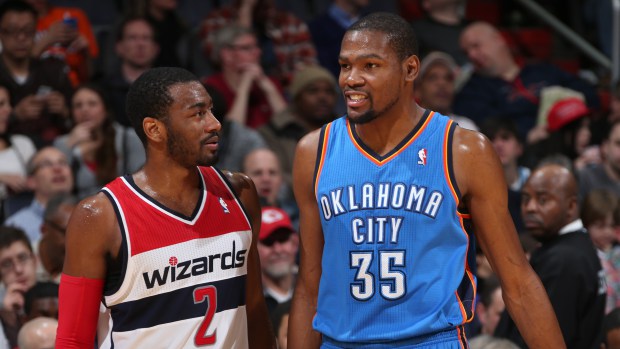 Kevin Durant's only return to his hometown this season ahead of his impending free agency this summer will be must-see TV. Sure, the Wizards would like to pick up a big victory over a Western Conference contender, but this game is more about D.C. providing a showcase to Durant ahead of their heavy pursuit of him this offseason. Dallas has posted a mediocre 3-3 record this year and the Clippers are on a two-game losing streak, but this game was circled by both sides (particularly the Mavs) as soon as the schedule was released because of Jordan's return. The center had originally agreed to sign with the Mavs as a free agent this offseason, but backed out at the last minute and re-signed with the Clippers - and everyone in Dallas now hates him because of it. This one should be fun.

In another return game, LaMarcus Aldridge will play his first game in Portland since leaving the Blazers to join the Spurs in free agency. There isn't as much hostility in this matchup as there will be in the Clippers-Mavs game, but it does provide an extra layer of excitement between two of the West's best teams.

Will this Kobe Bryant's last year? Bryant told reporters following their loss to the Knicks on Sunday that he was thinking of retiring after this season and indicated the same thing to Lakers head coach Byron Scott. He hasn't made it official yet, but it's clear that this could be the last we'll see of the Black Mamba.

When will Golden State lose a game?

The Warriors are 7-0 and have an amazing +128 point differential this season. The Pistons and Timberwolves are the only teams they face this week that have a winning record, and Golden State gets Detroit at home but has to face the T-Wolves on the road. Either way, the Warriors are HEAVY favorites in all four games they play this week.

Andre Drummond has scored just as many points as rebounds this season (122), giving him an average of 20.3 in each category this season. He leads the NBA in rebounds by nearly seven per game and ranks 19th in scoring.

Warriors point guard and reigning MVP Stephen Curry currently has a Player Efficiency Rating (PER) of 45.53, which is an eye-popping 13.71 points better than the NBA single-season record of 31.82, which was set by Wilt Chamberlain in 1962-63.

Where's the Grit in Memphis?