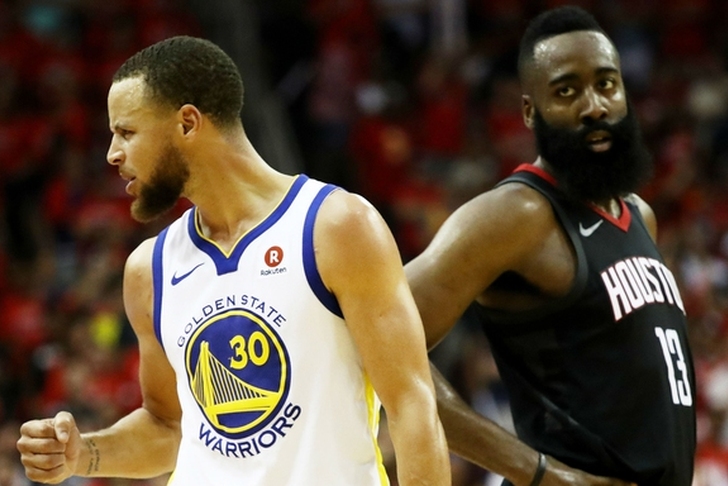 The 2018 NBA Finals only just completed, which means it's the perfect time for a way-too-early-look at the best teams for the 2018-19 NBA season. The Golden State Warriors cruised to another title and there's no doubt the Warriors are the favorites for next year. But who has a shot at dethroning them?

Plenty can and will change between now and the start of the season, especially since the draft and free agency have yet to happen. Each team has their 2017-18 record listed and this is simply an early look at how the teams stack up. With that in mind, here are the way-too-early NBA Power Rankings.

29. Atlanta Hawks (24-58)
Atlanta felt the full force of their rebuild last season, and while they have a chance to land a franchise player with their top-three pick, they won't be competitive for another year or two.

28. New York Knicks (29-53)
The Knicks are on the right track and can land another core player in the lottery, but with Kristaps Porzingis set to miss most (if not all) of the season as he recovers from a knee injury, New York should be looking more towards the 2019-20 season.

27. Brooklyn Nets (28-54)
It's still going to be a long time until Brooklyn is good again but they're developing a young team that has shown some semblance of promise.

26. Dallas Mavericks (24-58)
The Mavericks have a strong roster - aging pieces like Dirk Nowitzki, high-priced players like Harrison Barnes and whomever they take in the top five this year. The Mavs are stuck in no-man's land right now, not good enough to make the playoffs and not bad enough to finish near the very top of the draft order.

25. Phoenix Suns (21-61)
The Suns have plenty of talent, but they're still growing. Players like Devin Booker and Josh Jackson give the Suns a bright future, but Phoenix simply isn't ready to make any major moves up the standings. Adding the No. 1 pick will certainly help but they're still a few years away.

24. Sacramento Kings (27-55)
Tthe rebuild will take time and the Kings seem set for another rough year, but they have some great young players and will have a promising core in De'Aaron Fox, Buddy Hield, and whoever they take with the No. 2 pick.

23. Charlotte Hornets (36-46)
The Hornets took another step back this year and Kemba Walker is really the only true talent on the roster (though Dwight Howard did have a nice year). They need to blow it up, but with all the bad contracts they have, it will be hard for them to.

22. Chicago Bulls (27-55)
The Bulls are ahead of the schedule in their rebuild thanks to quality years from Kris Dunn, Zach LaVine, and Lauri Markkanen. Another top-10 pick should give them another core piece.

21. Memphis Grizzlies (22-60)
Memphis was terrible this year due to a lack of depth, but with a core of Mike Conley, Marc Gasol, and whoever they take with the No. 2 pick, they won't be nearly as bad next year.

20. Detroit Pistons (39-43)
The Pistons current roster setup doesn't allow for many additions unless the club wants to blow it up - which they won't after adding Blake Griffin. This is the start of several middling Eastern Conference teams with very little separation.

19. Miami Heat (44-38)
The Heat face a pivotal offseason as their current roster has largely peaked as a bottom seed in the Eastern Conference playoff picture. Improving will rely on getting rid of Hassan Whiteside's contract...which probably isn't happening.

18. Los Angeles Clippers (42-40)
The Clippers were much better than expected in the post-Chris Paul era, and even post-Blake Griffin era, but this standing is very much dependent upon DeAndre Jordan's future. Will he leave the team this summer? If so, they'll move way further down the list.

17. Los Angeles Lakers (35-47)
There's plenty of young talent for the Lakers, including Lonzo Ball, Kyle Kuzma, and Brandon Ingram. Plus, they're in prime position to land a few key free agents (like LeBron James). Do that and they move into the top five.

16. Washington Wizards (43-39)
On paper, the Wizards should be much higher as their starting lineup is as good as any. John Wall is one of the best point guards in the NBA, but the Wizards need to get him some bench help and figure out their chemistry issues.

15. Indiana Pacers (48-34)
Victor Oladipo's emergence as an All-Star spurred Indiana's surprise season, but how much better can they be? I think this group has hit their ceiling unless they make an addition in free agency.

14. Denver Nuggets (46-36)
The Nuggets make the playoffs in the Eastern Conference, but they just missed out in the West. This team has plenty of talent, much of it young. Denver is also in an interesting spot, where they lack a true star despite having several starting caliber players. Denver will fight again for a playoff spot next year, but it won't be easy.

13. Minnesota Timberwolves (47-35)
Many thought the Timberwolves and their gifted young core would be better last year. That wasn't the case, the Timberwolves showed they're still not quite ready. Is Tom Thibodeau the right guy for the job? Is Andrew Wiggins that good? Can Karl-Anthony Towns learn to play defense?

12. Portland Trail Blazers (49-43)
The Blazers lack the defense to be a top 10 team (I think they caught lightning in a bottle last season), but their offense should keep them firmly in the playoff picture. Damian Lillard and C.J. McCollum are both great, but it's fair to question if the Blazers can win enough with both. Perhaps they'll take a page out of the Warriors playbook at some point and trade one of their guards (a la Stephen Curry and Monta Ellis).

11. Oklahoma City Thunder (48-34)
The Thunder are good with Russell Westbrook coming off another triple-double season. But, with Carmelo Anthony's massive contract and Paul George's future uncertain, all they can do is tumble down these rankings.

10. Utah Jazz (48-34)
Donovan Mitchell deserves to win Rookie of the Year and this Utah team plays incredibly well together. How much better can they get? I don't think much without making some upgrades to their depth this offseason.

9. New Orleans Pelicans (48-34)
Most of the NBA is heading towards small ball, so the Pelicans are zagging with a pair of bigs in DeMarcus Cousins and Anthony Davis. The Pelicans need more shooting around their two bigs and I'm excited to see what offseason moves they make. However, the big question mark will be if they can/want to keep Cousins.

8. Cleveland Cavaliers (50-32)
Where should Cleveland rank? Without LeBron James, they're a lottery team. With him, they're in the top five. However, since it certainly seems like LeBron will be going elsewhere, I'll keep them in the top 10 until it happens.

7. Milwaukee Bucks (44-38)
The Bucks are a promising young team and they seemed poised to make another leap forward with an actual coach at the helm in Mike Budenholzer. There's plenty of young talent, headlined by Giannis Antetokounmpo. Another guard, one who can shoot, would be ideal for the Bucks. Hopefully, Jabari Parker can stay healthy, too, if they bring him back.

6. Toronto Raptors (59-23)
The Raptors have settled into a bad pattern: great in the regular season, struggle in the playoffs. What changes can they make?

5. San Antonio Spurs (47-35)
San Antonio nearly won 50 games without having arguably the best two-way player in the game in Kawhi Leonard. Bring him back healthy and motivated and the Spurs will be a contender. However, if they trade him, reaching 47 wins again will be a struggle.

4. Philadelphia 76ers (52-30)
The 76ers have some talented young pieces: Joel Embiid, Ben Simmons and Dario Saric to name the top three. The 76ers can also get another key piece in free agency, which could push them ahead of Boston.

3. Boston Celtics (55-27)
Boston is in a great spot for the future. They've got a fantastic coach, quality players already on the roster, and several young players who look like stars. Boston is already the top team in the East and they could be even better.

2. Houston Rockets (65-17)
Houston may very well have beaten the Warriors in the Western Conference Finals if Chris Paul had stayed healthy. They won't be the favorites going into 2018-19 no matter what they do, but if they can accomplish their goal of adding another max-caliber player, the Warriors will have a major threat on their hands.

1. Golden State Warriors (58-24)
Well, duh. No explanation required: the Warriors are the only team that can take the top spot.

NEXT READ: Top 5 Potential Destinations For LeBron James In Free Agency This Summer