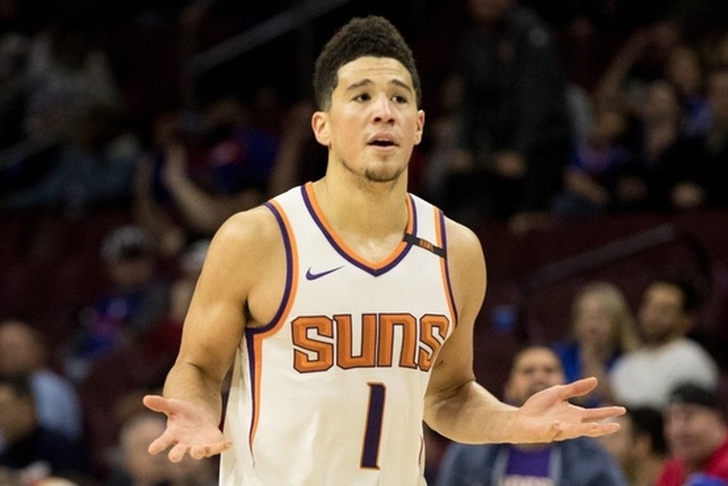 The second of three events on NBA All-Star Saturday night is complete and Devin Booker of the Phoenix Suns is the 3-point contest winner. Gordon won the title in thrilling fashion, scoring 28 points to beat Klay Thompson and Tobias Harris.

He becomes the first Suns player to win the competition since Quentin Richardson in 2005, and the 28 points are the most ever in a single round in the event.

Last year's winner was Eric Gordon, who was bounced in the first round with only 12 points. No player has won the three-point contest in back-to-back years since Jason Kapono in 2007 and 2008.

Watch Booker's winning round below. The results from each round are also below.

For live highlights, check out the Chat Sports Twitter feed.