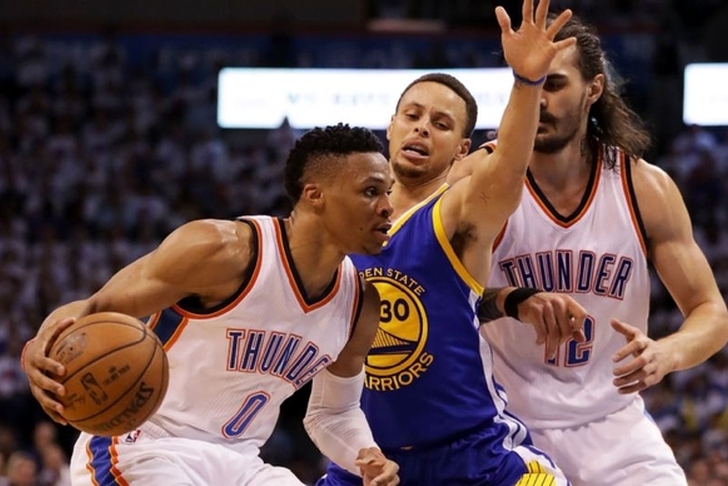 The Oklahoma City Thunder can advance to the NBA Finals with a home victory over the Golden State Warriors in Game 6 of the Western Conference Finals, but the Warriors are coming off a dominant win in Game 5. Will Golden State be able to tie the series and force a game 7, or will the Thunder advance? Here's our preview and prediction for Warriors vs. Thunder:

What They're Saying About The Golden State Warriors:
Gameday: Golden State must overcome Oklahoma City nightmares
Curry, Warriors insist they're ready for high-stakes Game 6
Andrew Bogut gives Thunder something to worry about

Prediction: Thunder win 114-102
Oklahoma City has been an absolute buzzsaw at home in this series, winning both home games by at least 24 points. This one will be much, much closer, but the difference will be the lift the Thunder get from their role players.