Zion Williamson off to resounding start in preseason debut 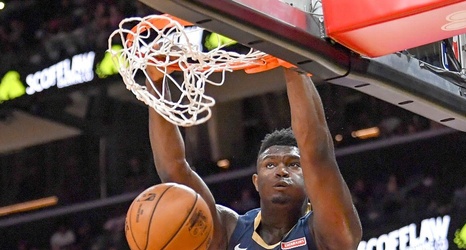 ATLANTA -- There was no need for delayed gratification. Not even two minutes into the first quarter of the Pelicans' preseason debut against the Hawks, Zion Williamson soared to the basket to deliver his first dunk against an NBA team.

Even the Hawks' boisterous "Sixth Man Section" couldn't stifle gasps as Williamson, the most highly anticipated rookie in recent memory, rammed the ball through the hoop in the Pelicans' 133-109 win. Williamson rose to dunk celebrity during his lone season at Duke University, but on Monday night he proved to be more than a walking dunk-machine.