Why Carmelo Anthony's resurgence means so much to young NBA superstars 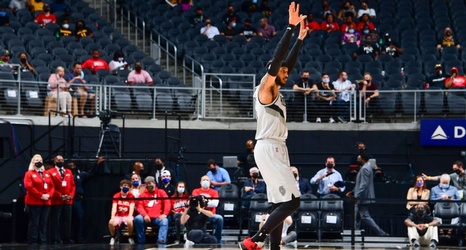 IT WAS NOV. 5, 2017, game nine for the newly formed superteam in Oklahoma City. After a bumpy 4-4 start, the Thunder were in Portland to take on a division rival.

Trail Blazers coach Terry Stotts had taken his spot in the narrow hallway of the Moda Center pregame to talk with reporters, and as had been the case for the first eight OKC games, a number of questions were aimed at what to make of the big three -- Russell Westbrook, Paul George and Carmelo Anthony. Expected were platitudes about the talent, scoring and potential, but as Stotts plowed through the praise, he said the quiet part out loud about the Thunder.