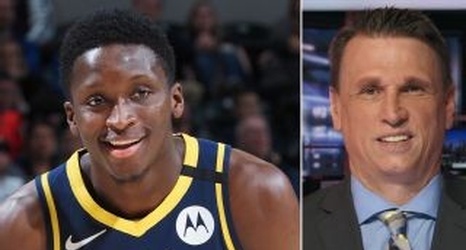 So when he was standing on the court before tipoff between the Indiana Pacers and New York Knicks on Feb. 1 and kept messing up his intricate dueling circus dribbling routine -- between the legs, loop one over the other, switch hands, quick staccato bounces, switch hands again -- he just put one ball down and laughed.

Eventually, the guard moved on to his pregame shooting drill. Nothing was falling. He missed six or seven 3s in a row.

It had to be his tucked-in T-shirt, he thought, pulling it out from his waistband.