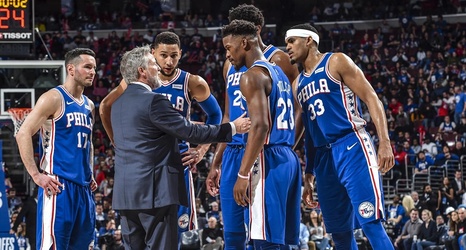 One of the biggest decisions of Terry Stott's coaching career actually wasn't much of a decision. With 17 seconds left in Game 5 of his Trail Blazers' first-round series against the Thunder, Portland forward Al-Farouq Aminu rebounded Russell Westbrook's missed layup and handed the ball to his point guard, Damian Lillard, who, in the tied game, had already scored 47 points. Stotts had one timeout left—an opportunity to stop the game, get everyone on the same page and call a play he was confident could work—but the seventh-year coach chose to let the action run. Lillard jogged up the floor, sized up Paul George, and then drilled a walk-off, 37-foot, step-back three.