“The love and lessons of that hoop got passed down to me.” 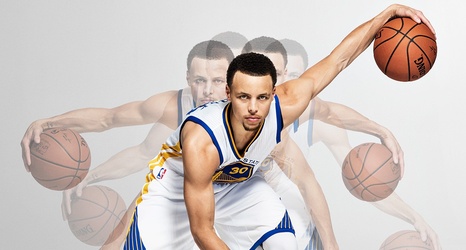 THERE WERE TOO many bears roaming the woods behind the house and, with four daughters, far too many Barbies inside. Just before the school year ended in the early 1970s in Grottoes, Virginia, Wardell "Jack" Curry needed a solution, and fast. All he wanted was a way to keep his only son, Dell, occupied by something other than deadly animals or dolls during the long summer days ahead. As it turned out, though, with nothing more than an old utility pole, a fiberglass backboard and some fabricated steel brackets, Jack Curry ended up changing the sport of basketball and producing the ultimate point guard, his grandson Stephen Curry.