The de-Kobe'ing of Jayson Tatum has begun 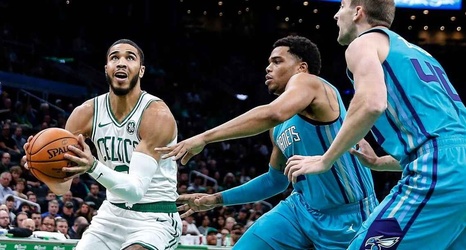 BOSTON -- Nothing went as expected for the Boston Celtics a year ago. Jayson Tatum's season was no exception.

The Celtics entered the season as a favorite to reach the NBA Finals, in part because Tatum, who had been brilliant in the postseason as a rookie, was expected to take a major leap. Instead, the Celtics fell flat, as did Tatum's progress.

When Celtics assistant coach Jay Larranaga sat down with Tatum before the start of this season, he told Tatum that was all behind them.

"I made a deal with him the day before training camp that we would not discuss last year at all," Larranaga told ESPN last week.