The all-time starting five for every NBA Eastern Conference team 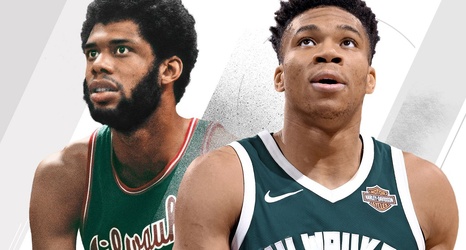 What if Michael Jordan and Scottie Pippen could've played alongside prime Derrick Rose? How many titles would the Celtics have won if Larry Bird and Bill Russell were on the same team? Imagine LeBron James taking his talents to South Beach to team up not only with Dwyane Wade, but Tim Hardaway and Alonzo Mourning too.

We asked our NBA writers to come up with an all-time starting five for every current NBA franchise, along with one additional blast from the past. Only a player's contributions during his time with that franchise were considered (so, no, Jordan isn't on the Wizards' list).