Spurs to Retire Tony Parker's Jersey vs. Grizzlies on Nov. 11 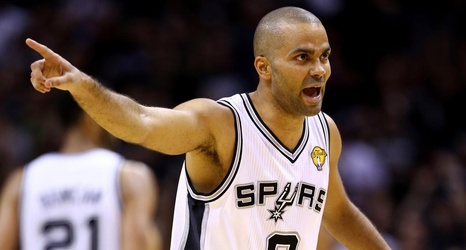 The Spurs will retire Tony Parker's No. 9 jersey against the Grizzlies on Nov. 11, the team announced on Friday.

Parker played 17 seasons for the Spurs from 2001-18. He played one season with the Hornets before retiring in June.

The No. 28 pick in the 2001 draft won four championships with the Spurs. Parker is a six-time All-Star, and he won Finals MVP with San Antonio in 2007.

Parker is the franchise leader in assists, and he ranks fourth in Spurs' history in points. San Antonio retired Tim Duncan's number in December 2016, and Manu Ginobili's in March.