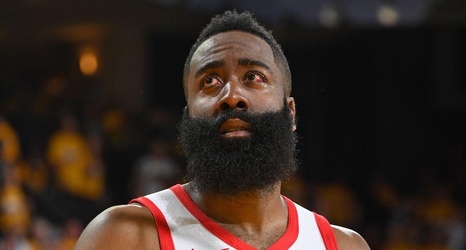 Rockets guard James Harden told reporters Thursday before practice that he expects to be completely clear for Game 3 of the Rockets' Western Conference semifinal series against the Warriors. He continues to deal with eye pain after being accidentally hit by Draymond Green in the first quarter of the Rockets' Game 2 loss to Golden State.

Harden suffered contusions in both eyes and a lacerated left eyelid that made it difficult for him to see. When asked if the pain had gone away, Harden said it was still there but added that his vision had improved.