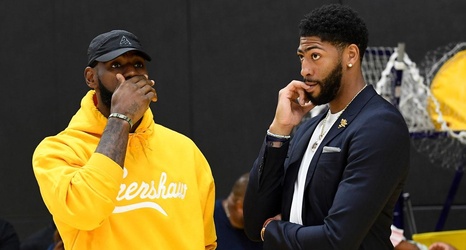 LeBron James is reportedly organizing an offseason team minicamp that is expected to take place in Las Vegas next month before the Lakers start their official training camp, according to The Athletic's Shams Charania.

With all of Los Angeles's new additions this offseason–including Anthony Davis, DeMarcus Cousins and multiple other free agents who the Lakers signed after missing out on Kawhi Leonard– James wants to get to work on building chemistry as soon as possible. The Lakers have eight new roster additions to get acclimated before the season.

“It’s meant to galvanize and bond this Lakers unit right before the start of the real training camp that begins in Los Angeles in September,” Charania reports.