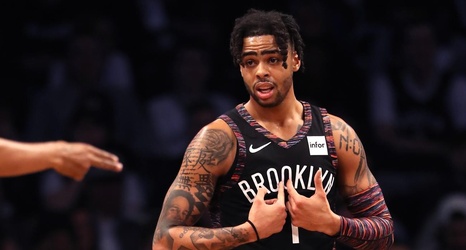 Russell was flying from LaGuardia to Louisville International Airport, but "was questioned by police after a routine search flagged what at first glance appeared to be a can of Arizona Iced Tea in a checked bag," per Perez. Authorities searched the tea can and found the marijuana that led to Russell's citation, which is a violation under New York law and carries a fine of $100 or less.

The NBA's marijuana policy mandates a player enter the league's marijuana program if they receive a citation.