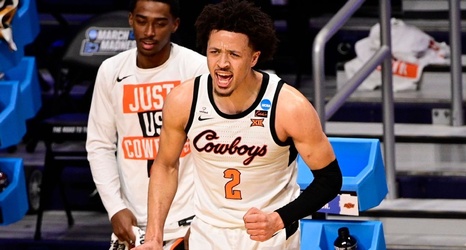 Ahead of the 2021 NBA Draft, projected top overall pick Cade Cunningham has signed a multi-year footwear and apparel endorsement deal with Nike.

After a COVID-impacted market found a majority of last season's rookies playing out the 2020-21 season without a sneaker deal, brands are now returning to aggressively look at signing top players heading into this week's draft. Nike had its eyes set on Cunningham, who starred at Nike-sponsored Oklahoma State University and has long had an affinity for the brand.

"More than anything, they show that athletes are more than just athletes," Cunningham told ESPN.