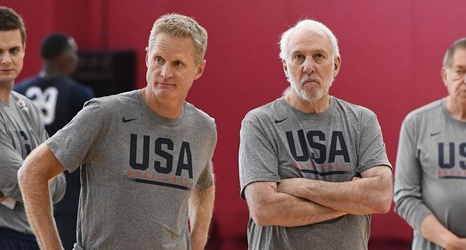 President Donald Trump, in his first public comments about the NBA's relationship with China, criticized Warriors coach Steve Kerr and Spurs coach Gregg Popovich for their response to questions about the controversy.

Trump weighed in on the topic Wednesday afternoon, saying the NBA has to "work out their own situation" with China while he was critical of Kerr and Popovich for "pandering to China."

Kerr, who has been publicly critical of Trump and vocal on several social issues in the U.S., said Monday that he had no comment when asked about the fallout from Rockets GM Daryl Morey's tweet last week that showed support for anti-government protesters in Hong Kong.