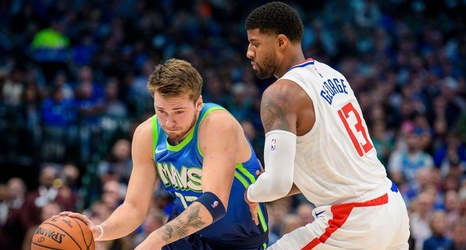 DALLAS -- The LA Clippers have yet to lose a game in which both of their perennial All-Star offseason acquisitions have played, but Paul George considers his pairing with Kawhi Leonard still a "work in progress" on the offensive end.

The Clippers improved to 4-0 when they have had Leonard and George in the lineup, beating the Dallas Mavericks 114-99 on Tuesday in the type of smothering defensive performance expected of a team that added two wings with All-Defensive pedigrees.

The victory also marked the first time that Leonard and George both scored at least 20 points in a game as teammates.