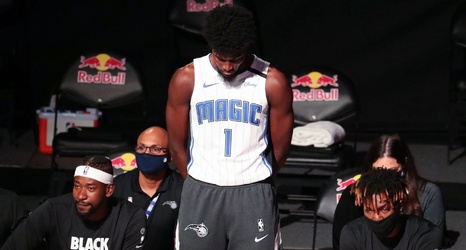 Orlando Magic big man Jonathan Isaac became the first player in the NBA bubble not to kneel for the national anthem or wear a Black Lives Matter T-shirt over his jersey before a seeding game.

The decision to stand came before Orlando's 128-118 win over the Brooklyn Nets on Friday afternoon, the third game to be played in the NBA bubble in Lake Buena Vista, Florida.