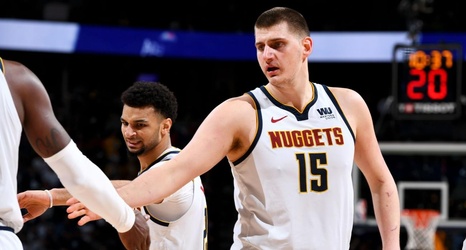 The Blazers entered halftime on Wednesday night with Damian Lillard hitting just two of his first eight shots while C.J. McCollum went 2-9 from the field. Yet the Blazers finished the first 24 minutes up 15 points, leading 50-35 as the Nuggets clanked a stream of jumpers. Portland continued to struggle from the field the second half—including a 9–29 mark from three—but Denver’s continued brick fest allowed Lillard and Co. to escape the Pepsi Center with a 97-90 victory. For all of the Nuggets’ defensive deficiencies, it was the other end of the floor that cost them Game 2.