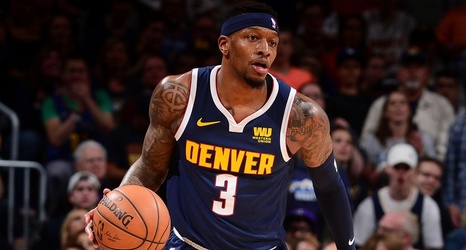 In the second quarter of Game 2, Craig appeared to fall and take a shot to the face off a teammate's leg. Craig's nose was bleeding as he left the court in pain.

An in-game report revealed that Craig had broken his nose. Craig will also undergo further X-rays to determine if he suffered another facial fracture.

Craig averaged 5.7 points and 3.5 rebounds for Denver in the regular season.

The Nuggets lead the series 1–0 after defeating the Trail Blazers 121–113 on Monday.