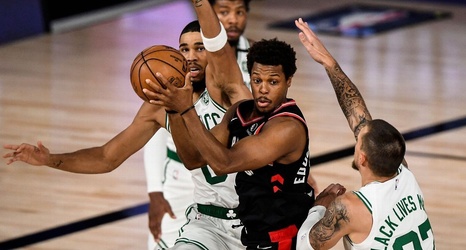 We're approaching the halfway point of the 2020 NBA playoffs, our third Game 7 is here, and the East finals start soon.

Let's bounce around the league for a look at what the postseason has given us and what lies ahead.

With 60% of Toronto's starting five slumping from the field, Lowry has had to carry an enormous scoring burden against a locked-in Boston defense. That has forced him to tap into a predatory gear that rarely outshines the subtler, more unselfish parts of his game. This is a man normally at ease allowing others to shine -- an All-Star who last season drifted into a third-option role behind an apex superstar and a rising young player.