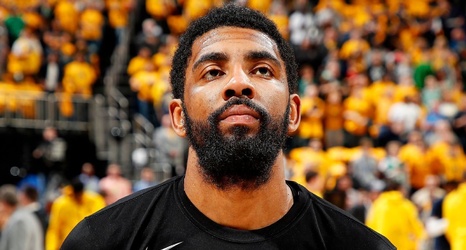 Kyrie Irving's preseason debut was cut short. The Brooklyn Nets guard played just one minute against the Los Angeles Lakers in Shanghai after aggravating the facial fracture he suffered in an offseason pickup game before training camp.

Irving was wearing a mask for the game and was guarding the Lakers' Rajon Rondo along the sideline. Rondo appeared to inadvertently hit Irving in the face with his arm while shielding the ball.

Irving immediately took off his mask, winced and signaled to the bench that he was coming off the floor.