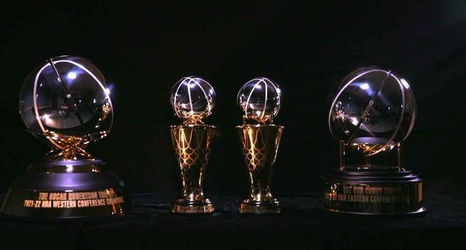 It's no coincidence that in the same year the NBA is celebrating its 75th anniversary, the league is unveiling an ensemble of trophies and awards that will feature new designs and will honor iconic players such as Larry Bird, Earvin "Magic" Johnson, Bob Cousy and Oscar Robertson.

Johnson and Bird, both Basketball Hall of Famers who entered the league in 1979 and whose rivalry helped the NBA explode in popularity over several decades, are logical namesakes for redesigned awards for excellence representing each conference, according to the league.