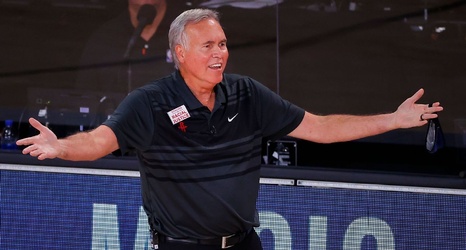 As he sipped his coffee in a Salt Lake City hotel lobby just after the All-Star break, Houston Rockets coach Mike D'Antoni spoke fondly about his professional fit with general manager Daryl Morey.

D'Antoni had plenty of experience as a coach who butted heads with front offices when it came to basketball philosophy. He felt restricted in Phoenix, in New York and in Los Angeles. In Morey, D'Antoni found a partner who also embraced ignoring traditional NBA norms and pushing extreme playing styles that were supported by analytics.