NBA playoffs debate: What's most underrated in the Celtics-Heat series, and who wins? 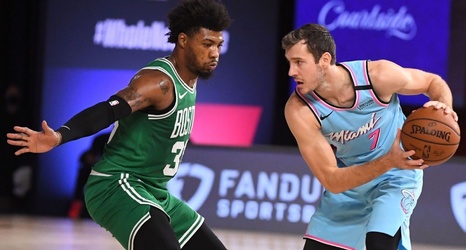 The 2020 NBA playoffs pick up again Tuesday with the Eastern Conference finals, featuring a thrilling matchup of two teams that pulled upsets in the previous round: the Boston Celtics and the Miami Heat. (The East finals can be seen on ESPN and the ESPN App, including Game 1 on Tuesday at 6:30 p.m. ET.)

What's most underrated about this series? Who has the most at stake? And which team advances to the NBA Finals?

Our experts debate those points -- including a split decision on who will win -- and provide their keys to the series.