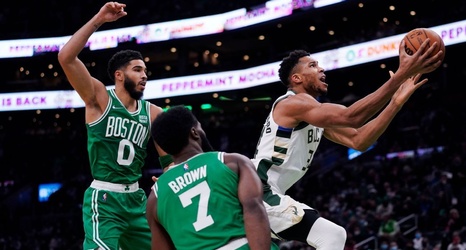 Which NBA contenders will join the Miami Heat and Golden State Warriors in the conference finals?

Sunday's Game 7s feature two series that could not be more different.

The Boston Celtics and Milwaukee Bucks (3:30 p.m. ET, ABC) have each bruised their way into their finale, each winning classics on the opponent's floor behind superstar performances from Jayson Tatum and Giannis Antetokounmpo.

Meanwhile, the Phoenix Suns and Dallas Mavericks (8 p.m. ET, TNT) might be tied heading into Game 7, but only two matchups have been decided by single digits with three others decided by at least 20 points.